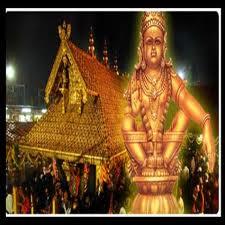 Sabarimala is one of the most popular pilgrim centers in South India. Every year during Mandala pooja and Makaravilakku seasons, the numbers of pilgrims are increasing highly. Other than Kerala, Ayappa devotees from Tamil Nadu, Karnataka, Andra Pradesh etc come to witness the holy festival of Makara Vilakku. After Mandala Pooja Sabarimala temple closed and re- opened at 30th December 2011. Safety measures should be taken to control the rush of devotees. Chief Minister Oomen Chandy said that on this year more security measures are taken for the safety of Ayyapa devotees and to ensure the control over the huge rush near Sannidhanam and nearby places.

What is Makaravilakku Festival?

Makaravilakku is the overall connection of the rituals practiced in Sabarimala. One is related to Thirubhavaranam and Deeparadhana at the evening of Makaram (a Malayalam month) first. Another is the Makara Jyothi and star appeared at the same time. Both these occurs in the same day called Makara Sankramam, that is the transition of sun to Makaram month. Makara Sakrama day is a special occasion for Hindus, as it is the beginning of Makara month. Tamilians celebrate this particular day as Pongal and North Indians celebrate Khichadi in Makara Sankramam day. From this day the day time increases and night time decreases, so believes that the light of divine would be powerful and the evils would be destroyed.

A special 'Deeparadhana' (light workship) is there in Sabaraimala on this Makara Sankranthi evening. Lord Ayyapa is shining by wearing the Thiruvabharanam which is brought from Pandalam palace. Pandalam is the place where Ayyapa spent his childhood time. Thiruvabharam is the holy ornaments of Ayappa which is carried to Sabarimala in three boxes. After decorate with the Thiruvabharam, Deeparadhana is there in Ayyapa Sannidhanam with the presence of devotees of Ayappa. This is the most divine moment in Sabarimala.

Makara Jyothi is a light appeared in Ponnambalamedu, a nearby forest of Sabarimala. It is believed that no one can go to Ponnamabalamedu. The Hindus myth logically believe that the Makara jyothi is that the Devas and Saints performed aarati (light worship) to their Lord Ayyapa in Ponnambalmedu. Before the Makaravilakku appears a star rises on the sky above of the Makar jyothi. This star appears on the eastern horizon on the time when Thiruvabharanam reached in Sabarimala Sannidhanam.

Actually the Deeparadhana to Ayyapa with the holy ornaments is more important ritual than the Makara jyothi appearance. But because of the news interests Makara jyothi always gets the priority. Some controversies are also occurred related to Makara jyothi is that the light appears is a man made phenomenon.