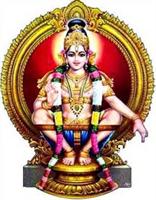 In simple terms we can say that thiruvabharanam is considered to be the sacred ornaments of lord Ayyappa. There is a belief that those ornaments were offered to lord Ayyappa by the Pandalam king, who adopted lord Ayyappa as his child. These thiruvabharanams are kept in the Valiya Koyikal Dharma Sastha Temple at Srampickal palace in Pandalam. The thiruvabharanam procession carrying the holy caskets that contain the sacred ornaments of lord Ayyappa, move towards the Sabarimala temple a few days before the festival season starts. But it should be noted that there would be 3 holy caskets namely the thiruvabharana petti, velli petti and the kodi petti respectively. I know most of you are in a curiosity to know the items present in each box. So don't waste your time and check the following points. 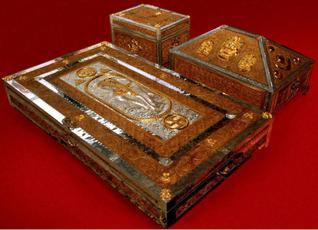 I have already mentioned about the 3 holy caskets used for Sabarimala thiruvabharana procession 2012. Among them, the velli petti consists of
•Pooja utensils
•Thaila kudam for kalasam

By going through the above mentioned points, I think you got an idea about thiruvabharana petti and velli petti respectively. Now the last box is the kodi petti. Do you want to know the items in kodi petti? This kodi petti consists of
•Netti pattom for elephant
•Mezhuvatta kuda
•Chattah Idunna jeevatha
•Flags of Udampara and Talapara

Now you got important informations regarding the thiruvabharanam boxes. Remember that these thiruvabharanams are carried in a procession to the Sabarimala lord Ayyappa temple in order to adorn on the idols of lord Ayyappa. But before this sacred procession starts, a Sri Krishna Parunthu (Brahminy Kite), which is believed to be a contemporary representation of the mythical garuda(the vehical of lord Vishnu) is seen in the sky. There will be a 16 member team that accompanies this thiruvabharanam procession. Apart from this, these thiruvabharanam boxes will also be accompanied by armed policemen and will be open to the devotees all through the journey. These processions go to the Kaipuzha Palace located in the banks of Achenkoil river to seek the blessings of eldest woman member of the Pandalam royal family and to offer prayers to the palace temple. 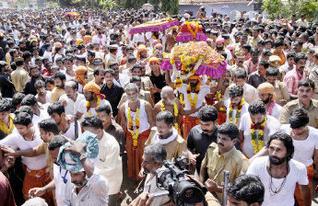 On 14 January 2012, the Thiruvabharana procession 2012 passes through places like Plappally, Nilakkal, Attathode, Kurungayam, Sabaripeedom, Valiyanavattom Neelimala and Saramkuthi where they will be given a reception by the Travancore Devaswom authorities. After reaching Sabarimala in the evening of the Makarasankranthi day, the procession is led to the Sannidhanam where the melsanthi and chief priest can receive this thiruvabharanam and the lord Ayyappa will be adorned with those ornaments. You must also read Sabarimala Lord Ayyappa Temple Makarajyothi-Makaravilakku 2012.