Sabarimala Sree Ayaappa Temple which is a much famous pilgrim centre for lakhs of devotes, is approaching the day for Makara Jyothi which is being worshiped as a ritual during the Makara Sankranthi which falls on 15th January 2012. All basic arrangements for the Makaravilakku festival have been completed. To avoid past incident, the governmental officials and representatives of other departments in duty for the arrangements in Sabarimala is working hard to facilitate the Sabarimala pilgrims for they can witness the Makarajothi conveniently. Those vehicles with good condition will be allowed to pass through the road from Kakkikavala to Sathram and also from Sathram to Vallakkadavu. Arrangements have been completed at Pulmedu, Panchalimedu and Parunthumpara where the pilgrims would group to witness the Makarajyothi. 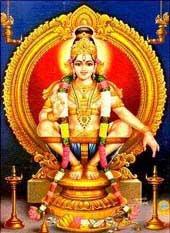 Both the forest department and water department have made arrangements for drinking water for the pilgrims. 25 Aska mobile light towers have been set up on the Uppupara - Pulmedu -Sathram road. Ambulance facilities will be made available at Kumily, Vandiperiyar and Pulmedu. Fire and rescue units will also be made available. Medical units and Ham radio operators will also be available for the support of the pilgrims.

Makara Jyothi which is being worshiped as a ritual in Sabarimala Ayyapa temple is on Makara Sankranti which falls on 15th January 2012. Devotes believe, sighting the Jyothi would bring good fortune. Makara Jyothi means "Light of Capricorn". As the sun moves from one zodiac constellation to another, the change to Makara constellation happens of 15th of January 2012 which is being celebrated all over the country in many forms. According to belief on the day of Makara Vilakku, the lord would extend his blessing to the devotees. Sabarimala which is being considered as one among the most popular pilgrim centre in India attracts millions of devotees visiting the temple every year for worship. On 13th January 2012, the procession with Thiruvaabharanam (divine ornaments) taken from the Pandalam Palace has begun and will reach Sabarimala on 15th January. On the day of Makara Sankaranthi, the Thiruvaabharanam will be placed on the lord after rituals.

On the special day of Makaravilakku festival at Sabarimala, the rituals and other proceeding would be shown live in most of the popular channels in Kerala. The channels which are also available online will show the events of the day live. You can watch the Makaravilakku festival and Makarajyothi live on the following websites. The special programs and live telecast of Sabarimala Makaravilakku 2012 will start at 5 PM on 15th January(today.
http://www.asianetnews.tv
http://www.asianetnews.tv/live-tv
http://www.malayalamlive.com/channels_indiavisionnews.html