Sabarimala is one of the most famous pilgrimage centre in South Indian after the Thirupathi temple. Pilgrims from all southern states of India comes on pilgrimage to Sabarimala from Mid November and ends in the mid weeks of January. Most of the pilgrims gather at the holy place of hindus for the event of Makaravilakku , which ends the pilgrim season of the year. 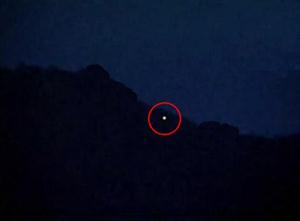 Makaravilakku is combination of two events happening one the appearance of Cyrus Star the change of Suns zodiac and the Aarathi that is performed at Ponnabalemdu. The rise of cyrus star is indicated by lighting the lamp in the Temple in Ponnabalemedu. Another importance of the day is the procession of Thiruaabarana(jewels) from the Panthalam Palace to Sabarimala. During the procession it is believed that Garuda flies above to safeguard the jewels. On the eve of the day all this ornaments are adorn to idol of Lord Ayyappa.

Govt of Kerala have taken every initiative to prevent misshapes that had happened during the last Sabarimala season. During last season hundreds were dies in the stampede that happened in pullumedu, where the devotees mainly from states other than Kerala gathered to witness the Makaravilakku. Special police have been deployed in the place and strictly restricting vehicles entering pullumedu. All emergency requirements like ambulance, vehicles of fire force have been deployed for the safety of pilgrims.

The Event of Makaravilakku will be live telecasted and webcast from Sabarimala in all major television channels of South India. And it will be live webcasted on number of websites. The event starts at 15.00 Hrs on January 2012. You can watch Makaravilakku live online on some of the websites
• Sabarimala Makaravilakku Live 2012: http://www.asianetnews.tv/live-tv
• http://www.malayalamlive.com/channels_indiavisionnews.html