The CPM district committee has decided to field M J Jacob in the piravom by poll. M J Jacob, who is the one time MLA from Piravom, had lost to T M Jacob by a margin of 167 votes in the last assembly election. CPM had attributed the failure to the improper functioning if the party machinery there. The party has already gave instructions to the party local leadership to assign charge of each poll booth to particular leaders. The death of T M Jacob is the reason that necessitates this by poll.

This will be the first by poll after the UDF government came into power. After the death of T M Jacob the number of UDF legislatures came down to 71. Hence this by election is crucial for the ruling front. On the other hand LDF will utilize this opportunity maximum to give a blow to the UDF government. 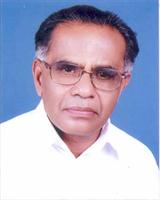 M J Jacob is the son of K T Joseph and Annamma Joseph.He born at Oliyapuram at Ernakulam district on 7th June 1945. M J Jacob rose into prominence as a good student and is a postgraduate degree scholar in English literature. After retiring as a central public sector staff, M J Jacob turns to be fulltime political worker. There are several posts which are handled by M J Jacob. He was the president of the Thirumarady panchayat for the two terms (1979-84 and 1995-2000. His leadership skills helped him to bring lot of changes in Thirumarady panchayat. Through the untiring activities made by him Thirumarady became a hut free panchayat in the state.

During his time Thirumarady panchayat has been selected as the best panchayat in the state in 1981-82 and 1998-99. In 1970's M J Jacob was an active participant in the social as well as in political zone. He took initiative in the establishment of a college centering Manimalakkunnu.

Anoop Jacob Profile and Biography is added here. Read the latest news about Piravom by poll which is necessitated by the death of T M Jacob. Anoop Jacob, who is the son of late KC(J) leader, will be the UDF candidate for Piravom by poll.The election will held on March 17,2012.