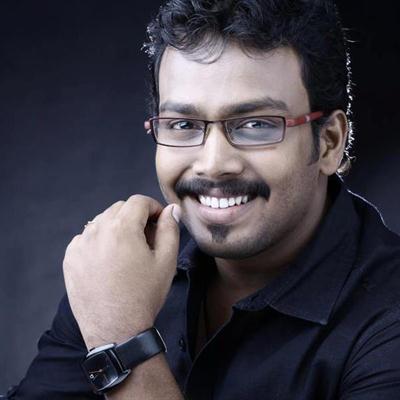 Gone are the days when our Malayalam Cinema was in the hands of superstars. The trend of seeing the same faces in each and every movie has changed and that in-turn has introduced lot of fresh blood into the Malayalam film industry. There are lot of talented young actors and beautiful actress among us. The search of one such good actor has ended up in finding Bhagath Manuel. It is indeed a blessing to us.

Bhagath Manuel, the matured looking guy of Malayalam cinema hails from Muvattupuzha of Ernakulam district. He is just 26 years and was born on 30th November 1986. Bhagath is a MBA graduate. He married Daliya Manuel on 26th December 2011 and they were blessed with a baby boy on 3rd Jan 2013. Apart from being a good husband and father Manuel is a good actor too.

Bahagath's entry into the film industry was through the movie "Malarvadi Arts Club", directed by debutant director Vineeth Sreenivasan, the son of the veteran actor Sreenivasan. This film was released in the year 2010 and was produced by Dileep, the Malayalam actor. It was a super hit movie. Bhagat Manuel's second movie was "The Metro", directed by Bipin Prabhakar and produced by Dileep. Bhagat played the role of Usman in this movie but this movie was a flop.

Luck did favor Bhagath Manuel through his next film "Doctor Love". In fact he became popular through this film. The movie was directed by K. Biju starring Kunchacko Boban, Ananya and Bhavana in the lead roles. This movie too was a super hit and was widely accepted by the youngsters. In the year 2012 Bhagath Manuel was blessed with many more movies. "Masters", "Ustad Hotel", "Thattathin Marayathu", "Perinoru Makan" etc are the famous ones among them.

In the film "Ustad Hotel", directed by Anwar Rasheed, Bhagat Manuel got the role of a band member whereas in the movie "Thattathin Marayathu", directed by Vineeth Sreenivasan, Bhagath got a suporting role. His character was 'Hamza', tutor of the heroine Aisha (Isha Talwar). Both these movies where blockbusters.

In the year 2013, Bhagath Manuel's first movie was "Entry", directed by Rajesh Amanakara. He got a supporting role in this movie as well. It was the debut film of the most popular Malayalam TV anchor Ranjini Haridas. Unfortunately, the film could not reach up to the expectations, hence was a flop at the box office. "Sadharanakaran", "Money Back Policy", directed by Jayaraj Vijay etc are some of his upcoming movies.