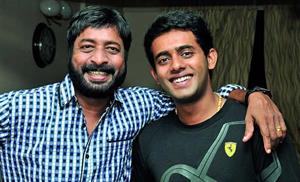 Prithviraj, Indrajith, Fahad Fazil and Dulquar Salman, the young star kids who are dominating the malayalam film arena will be getting few followers, making a try with acting before camera. Keeping academics by the side, more star kids have made a safe landing into the dream world of entertainment. 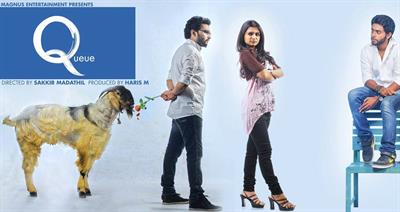 More interestingly, both Arjun and Harishree Ashokan would play in the father and son roles. Even though both have been featured in Arjun's debut Orkut oru Ormakoot, it would be 'Queue' which has made possible for the duo to entitle characters as in real life.

Arjun will do the character role of a bold and serious person in 'Queue' which is just opposite to his real self. Reaching high to find comfort with supporting roles, Arjun loves to do comedy embedded within better lead characters. Even though residing in Kochi, Arjun is making a long journey to SNGM College in Cherthala for his studies.

During his schooling at Chinmaya Vidyalaya, Arjun had been a part of the team which had made witty short films. Giving main concern to studies, Arjun likes to keep his head high, moving forward with his passion towards acting. Arjun's interest towards remixing songs is much known while the chap had been doing Djing with the Loop – School of Djs with the name 'Dj Arjun Ash'.

Queue will have Sanil, son of Sainudeen donning the role of a Theater owner who struggles to run it. Mukesh, Nadirsha, Kalabhavan Shajon and Vijayaraghavan would be coming in supporting roles.