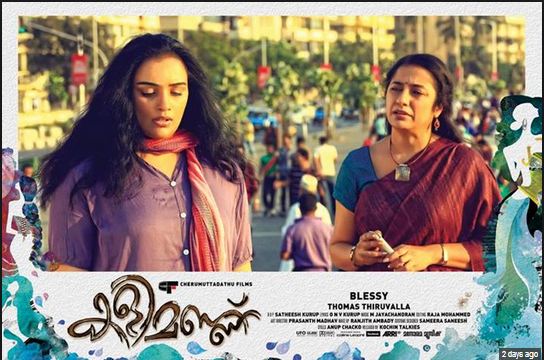 Shwetha Menon is one such actress known to Malayalam movie audience for her brave and bold performances. Whenever a new challenging project comes up there is only one option for the directors, and that is Shwetha Menon. The actress is on the same streak in 2013 with projects like 'Kalimannu', '101 Degree Celsius and 'Sthalam' in her kitty. Shwetha Menon is undoubtedly the actress who has been in the news and gossip columns of newspapers with her projects. 2013 is also no different. 'Kalimannu' has already invited lot of controversies. The movie is ready for release. Other new Malayalam movie releases of Shwetha Menon is 'Pratheekshayode'. Both these movies point towards socially relevant causes. Other upcoming movies of the actress are '100 Degree Celsius', 'Platform No.1'. 'Sthalam' and 'Romantic Family'. The complete list of upcoming Malayalam movies of Shwetha Menon is given below in details.

'Kalimannu' is the most talked upcoming Malayalam film of Shwetha Menon in the recent times. The live shooting of her delivery of the baby has made both the film and actress in the news for some times. The movie is ready for its release and more controversies and news are ready to follow up. Directed by Blessy, 'Kalimannu' tells the story of the close association between a mother and her baby before and after the birth of the child. The story of 'Kalimannu' is inspired from epic story of Subhadra and her baby Abhimanyu. Swetha's pregnant period, including delivery of the baby, was shot throughout and that had invited controversies all over Kerala. But the director is very optimistic about the movie and had made his words saying all these issues are irrelevant and the movie will be a worth watchful. Biju Menon is the male lead in the movie. He dons the role of Swetha Menon's husband, Prashanth Nair. Yest-year actress Suhasani makes her comeback to Malayalam films through this film. 'Kalimannu' is ready for its release on this 2nd August. The screenplay of 'Kalimannu' is penned by Blessy himself and it is produced by Thomas Thiruvalla under the banner of Cherummuttadathu Films.

Touted as a thriller,'100 Degree Celsius' is another heroine centric movie of Shwetha Menon this year. The movie bears the hallmark of being the first Malayalam film with two parts. Initially the movie was titled as 'Mirrors' and later changed to this new title. Ananya, Bhama, Meghna Raj and Haritha Parakod are the other actresses in the lead roles. Anu Mohan is the male lead in the movie. The movie is directed and penned by debutante Rakesh Gopan. Based on real incidents, '100 Degree Celsius' portrays the life of five ladies staying together in a flat located at Kochi. An incident happening there changes their life completely. Shwetha Menon dons the role of Nila, an IT professional. She is divorced, just like the other three friends of hers in the movie. The reason for her divorce is that her husband is a womanizer. This thriller also sheds limelight on other social issues current women face every day. Under the banner of RR Entertainments '100 Degree Celsius' is produced by Royson Vellara. The shooting of '100 Degree Celsius: Part I' is currently going in and around Ernakulum. '100 Degree Celsius: Part II' shooting will start after the release of the first part. 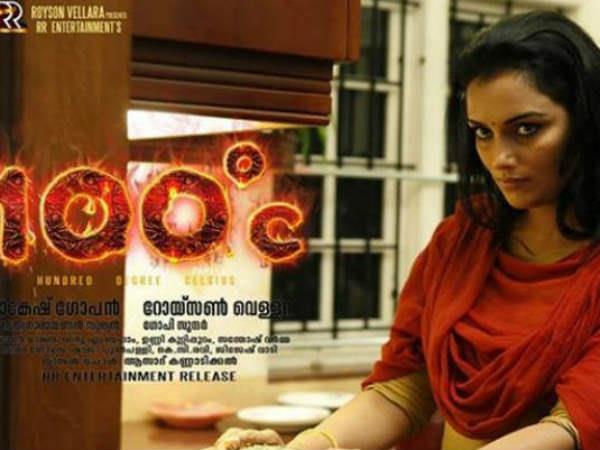 'Platform No.1' is directed by Nissar. Along with Shwetha Menon, Bollywood actor Jacky Shroff, Safaruddin Shah, Dhanya Mary Varghese and newcomer Haneesh Khani are the main actors in the movie. The suspense family drama goes through various stages in the life of Shwetha Menon. Shwetha dons the role of a bar dancer who has to move to this profession to support her family. Shah produces this film under the banner of Shah Productions. The movie starts with two characters meeting at a railway station and telling their story. Soon they discover that they have something in common. Jagathy Sreekumar, Innocent, Suraj Venjaramoodu, Guinness Pakru and Abu Salim are part of the supporting cast. The movie is under post-production works.

Shwetha Menon has few more upcoming movies announced last year. These movies are stuck in the production works and will be released soon. A movie titled 'Romantic Family' was under discussion for some time. Sreenivasan, Siddique, Maniyan Pillai Raju and Sreejith Vijay in the lead roles. Shwetha Menon would appear as Mridula, a teacher by profession in the movie. The story, screenplay and direction are done by Shyam and Praveen. 'Romantic Family' is produced under the banner of Vijay Combines by S.P.Pilla. There has been a buzz that 'Salnt N Pepper' would reunite with the movie 'Sreekandan Kuzhappakkaran Alla'. But the movie will start rolling only next year. Directed by S P Mahesh, Lal, Shwetha Menon and Babu Raj are the main cast in the movie. 'Sreekandan Kuzhappakkaran Alla' says the story of two friends, portrayed by Lal and Babu Raj. Shwetha Menon dons the role of Lal's wife in the movie. 'Sthalam' tells the life story of environmentalist Pokkudan. Shwetha Menon, Bala, Jyothirmayi, Sudheesh and Risabava are part of the main cast in the movie. 'Sthalam' is directed by Sivaprasad and is being produced by Mariam Anoop and Rajesh S Nair. The shooting of 'Sthalam' is over and now the post-productions are remaining.

Even at an age few months away from 40, Shwetha Menon is very active in Malayalam entertainment arena- both in movies and television programs. Still her movies are the highly talked films happening in Malayalam, just because of her name in them. There is no other actress who could replace her. There lies the importance of Shwetha. Let the actress make us wonder with the upcoming projects in 2013 and 2013.