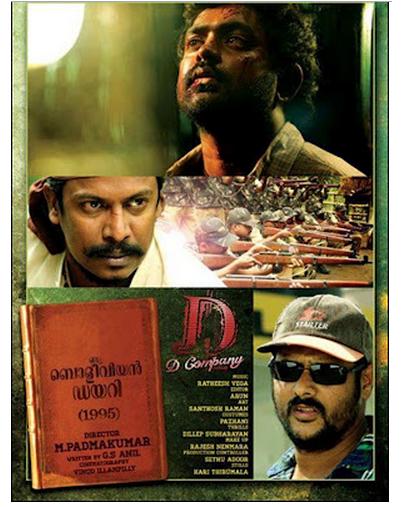 Asif Ali seems to be the busiest actor in Malayalam film industry with the number of projects he has in his kitty. The talented young actor has far more upcoming movies than any other actor has. Once regarded as the next superstar in Malayalam, Asif Ali is on his way to this stardom. He was part of some of the path breaking movies in Malayalam. The complete list of his upcoming Malayalam movies in 2013 is given in this article with details like story, cast and crew, release date etc. The new Malayalam movie releases of Asif Ali are 'D Company- Oru Bolivian Diary 1995', 'Pakida' and 'Goodbye December'. Other movies like 'Kumarasambhavam Live', 'Driver on Duty', 'Koothara', 'To Noor with Love', 'Town to Town' and 'Silma Nadan' are other upcoming projects of Asif Ali in 2013.

'Pakida' is another movie telling a friendship story. It is directed by Sunil Karyattukara and stars Asif Ali, Biju Menon, Aju Varghese, Vishnu Raghav, Sajid and Anjo Jose Kandathil. It is the story of five close friends- Aadi, Rafeeq, Pauly, Balu and CP. Asif plays the role of Aadi. These five friends have done their degree in Automobile Engineering. Malavika Nair dons the role of Asif's love interest- Kani in the movie. Aadi happens to meet a mysterious traveller, George Koshy Anthrappe (played by Biju Menon), and they make a journey from Kochi to Madurai. The various events then follow up is portrayed in this thriller. The story and screenplay of 'Pakida' is done by Sreejith N and Rajesh R. 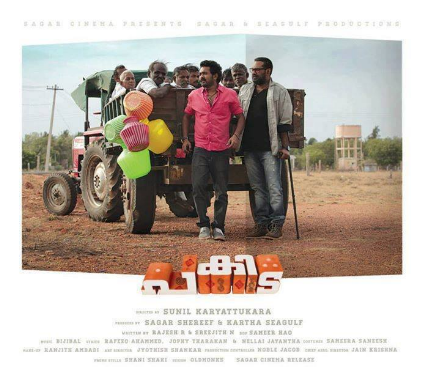 The movie will be an ultimate entertainment for the youth.

Asif Ali and Remya Krishna dons the lead roles in the debut directorial venture of Manoj Palodan, titled 'Driver on Duty'. Asif does the role of a driver in a women's Police station. No man has the guts to enter this Police station with any bit of courage. It is at this time that Asif's character comes there and becomes the driver. Ravi Kottakarakara is the producer of the film and the movie is penned by the director and Ranjith. Currently the pre-production woks of 'Driver on Duty' are in discussion.

Sreenath Rajendran, the director of 'Second Show' is ready with his second Malayalam movie. Asif Ali, Sunny Wayne, Vineeth Sreenivasan, N Manu and Sam Sadash in the lead roles. The new comer Sam Sadesh is the hero of the movie. 'Koothara' is being scripted by Vinay Viswalal. The story of 'Koothara' revolves around a group of friends and their activities. The plot of the movie is set at Kochi. Shooting locations are Lakshadweep and Kochi. The movie is set to bring one of the best friendship stories. Shooting of 'Koothara' will start soon. Now the pre-production works are in progress. 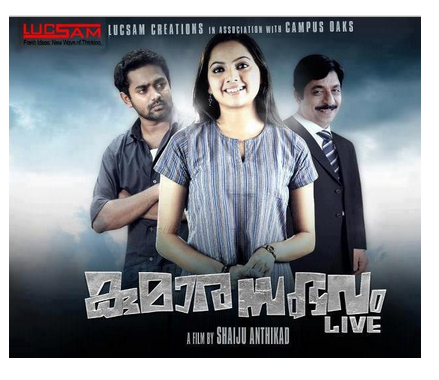 'Kumarasambhavam Live' is a comedy flick starring Asif Ali, Sreenivasan and Samvrutha Sunil in the main roles. Asif Ali dons the role of a youngster who is trying hard to make some money. Sreenivasan appears as a rich man in the movie. 'Kumarasambhavam Live' is directed by Shaiju Anthikkad and will be jointly produced by Lucsam Creations and Campus Oaks Combines. Babu Raj, KPAC Lalitha, Nedumudi Venu and Salim Kumar are also part of the movie.

To Noor with Love

Asif Ali dons the lead role in the romantic comedy movie 'To Noor with Love'. Nithya Menon is the female lead in the movie. It is also rumored that Andréa Jeremiah may replace Nithya Menon. 'To Noor with Love' is splendid with actors like Sekhar Menon, Kaniha and Joy Mathew in other important roles. It is directed by Babu and is being penned by G S Anil. The plot of 'To Noor with Love' is set at Calicut. It is the story of Shah Jahan, a rich boy in a business family. Though a businessman by birth, Shah Jahan has great interest in music. The movie also touches art, culture and traditions of Kozhikode. The shooting of 'To Noor with Love' will start in this August in Kozhikode and Vatakara. The movie is produced by Anilkumar Kizhpunnath under his banner Brosh International.

Asif Ali and Gauthami Nair to pair up for the first time with 'Town to Town'. The movie is directed by debutante Rajeesh. 'Town to Town' depicts the journey of the lead characters from one town to another. Gauthami dons the role of a nurse, who is in search for a job. Asif Ali will be joining the sets of this project after he finishes 'Pakida'.

'Goodbye December' is another romantic music film starring Asif Ali. It is directed by Sajeed A, a familiar face for MTV audiences. He has been very active in MTV as a producer and director of various shows. This is his debut Malayalam movie. Miss Universe India 2010, Ushoshi Sengupta and Nandini Rai are the heroines in the movie, both being new to Malayalam movie world. The scripting of the movie is done jointly by Sajeed A, Rajesh Narasimhan, Sushant Shukla and Josy Joseph. It is produced by Sadanandan Lucsam and Debobroto Mandal under the banner of Lucsam Creations. 'Goodbye December' is lucky to have its song –'Maddy Maddy' being broadcasted in BBC. This is the first time a Malayalam song being broadcasted in BBC and only the second south Indian song. The movie will be released in this December.

Other upcoming projects announced for Asif Ali are Cyber Café and Silma Nadan. Silma Nadan is directed by Thomas Sebastian and is being scripted by Govind Vijayan. Asif Ali dons the lead role in the movie. Tini Tom, Babu Raj and Salim Kumar are also part of the cast. Kala Nair is the producer of the film under the banner of Akhil Cinema. Cyber Cafe, touted as a thriller, has Asif Ali playing the lead role along with Samvritha Sunil. The movie was announced last year.

Asif has been entertaining us for the last few years with his charmful and energetic movies. He is an actor who could make super hits from the low budget projects. Let the upcoming movies of Asif Ali also has some salt and pepper in them to entertain us, the audience.