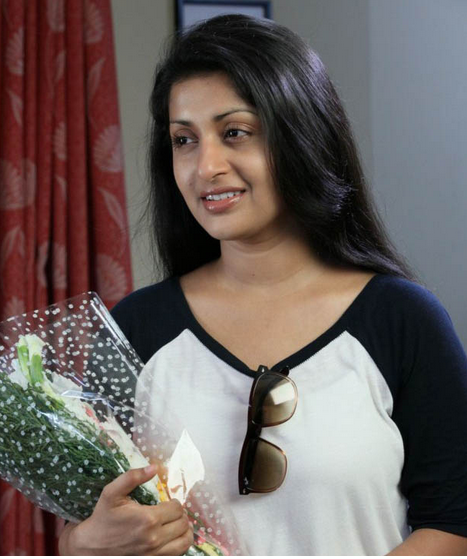 Meera Jasmine and Mythili will play the lead roles in 'Mazhaneerthullikal'. The movie is directed by V K Prakash and the scripte is being penned by K V Mohankumar. Mythili and Meera don the role of two sisters in the movie. Narain, Aparna Nair and Ajmal are also in other important roles in the movie. 'Mazhaneerthullikal' is touted as a woman centric movie. The story of the movie is taken from Calicut District Collector K V Mohankumar. The shooting of the movie is currently progressing near Palakkad. There have been reports that Meera Jasmine is not a part of this movie, but the director has clarified the fact announcing she is one of the lead characters in the movie.

Meera was rumored to don the heroine role in 'Gangster. 'Gangster' is directed by Ashiq Abu and starring Mammootty in the lead roles. Although there has not been any announcements regarding Meer's involvement in the movie, the actress is keen to get a chance in this much hyped movie. The story of 'Gangster' is about some underworld gangs. Another movie announced for Meera was 'Samuelinte Makkal'. 'Samuleinte Makkal' is the sequel to the award winning film 'Achanarungatha Veedu'. AMMA had banned Meera from acting in this movie. Now the actress has made her come back in Malayalam, she may be seen in this promising project. The movie is directed by Babu Janardhanan and has Unni Mukundan doing the male lead. Meera's character is the central attention in the movie. The movie goes through her life. She works as an employee in a phone booth. She later loses her husband and various stages of her helpless life are being portrayed in this film. Samvrutha Sunil and Suja Karthika will also be seen in the movie as Meera's sisters. Calicut district Collector K V Mohankumar.

Meera Jasmine had been active in other south Indian language movie for quite a time. Still she has new releases like 'Inga Enna Solludhu '(Tamil) and Jai Bhavani( Telugu). But Meera is looking for more Malayalam movies in coming years. She made her come back with one of the most talked movie, with Mohanlal and Siddique. Now she is slowly making herself active with couple of performance oriented movies. Malayalam movie fans are waiting for a strong comeback of this talented actress.