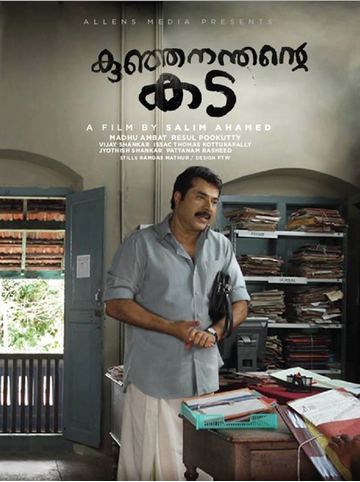 Mammootty's is all set to continue his winning streak. After a great start in 2013, Mammootty is eying for more blockbusters with the upcoming movies he has. The actor has already signed up for very promising films with the some of the famous directors. Mammootty is ready to offer more to his fans with the new avatars in which he will be seen in these movies. His upcoming new releases are 'Kunjananthante Kada' and 'Kadal Kadannoru Mathukkutty'. Other new movies of Mammootty in 2013 and 2014 are 'Dhaivathinte Swantham Cleetus', 'The Gangster', 'Balyakalasakhi' and 'Black Investigators'. Read more about Mammootty's upcoming Malayalam movies below in details.

' Kunjananthante Kada' is Mammootty's next Malayalam release. The movie is directed by award winning Salim Ahmed and features Salmi Kumar, new comer Nyla Usha in other important roles. Mammootty will again don a simple character in the movie. He will appear as Kunjananathan, a grocery shop owner. Kunjananthan lives with his wife Chitra (played by Nyla Usha) who is a bank employee and two children in a small village Vattippuram in Kannur. Kunjanantha is very fond of his shop; he considers it as a part of his life. It is at this time a new road is planned to be made through that way. He will lose his shop if the project comes alive. When he is fed up with this issue, his family life also goes into trouble.

The issue between him and his wife crosses the limit and she files a divorce. The family thriller takes us through the mindset of helpless Kunjananthan under these circumstances. 'Kunjananthante Kada' is penned and produced by Salim Ahmed himself. Balachandra Menon, Yavanika Gopalakrishnan, Master Navaneet, and Baby Esther are part of the supporting cast. 'Kunjananthante Kada' also features 'Oscar award winner Rasool Pookkutty as the sound designer. The movie is entirely shot syncing the sound at same time. This is the upcoming new release for Mammootty and will be released in the coming month.

' Kadal Kadannoru Mathukkutty' is another upcoming satire movie from Ranjith and Mammootty after the duo's much acclaimed film 'Pranchiyettan and the Saint'. Mammootty will appear as a jobless man Mathukkutty who visits Kerala from Germany 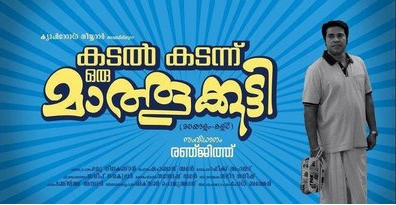 . Mathukkutty is jobless for the last 18 months. It is at this time he gets an assignment to organize a cultural show in Germany featuring Malayalam movie actors. Mathukkutty is excited with this for he could fly throughout Kerala without his wife and children.

'Da Thadiya' fame Shekhar Menon does a pivotal role in the movie. The movie will also see Mohanlal and Mammootty joining after 'Twenty Twenty'. Mohanlal will do a cameo role; he will come as Mohanlal himself. Dileep, Jayaram and Prithviraj will also make a cameo appearance in the movie as themselves. Debutante Aleesha is the heroine of the movie. She does the role of Rosy, Mathukkutty's old flame. The film enjoys a big star cast apart from the superstars, which includes Nedumudi Venu, Balachandra Menon. Siddique, Harisree Asokan, Suresh Krishna, P. Balachandran, Balachandran Chullikad, Prem Prakash, Muthumani, Krishna Prabha and Kaviyoor Ponnamma. The shooting of the movie is wrapped up with locations in and around Kozhikode and Germany. 'Kadal Kadannoru Mathukkutty 'is produced by Prithviraj, Santhosh Sivan and Shaji Natesan under the banner of August Cinema. The movie will reach theaters on August 30.

Ashiq Abu is planning to team up with Mammootty for the second time with 'The Gangster'. It was through Mammootty's 'Daddy Cool', the now famous Ashiq Abu had started his film career. 'The Gangster' will be a different movie. It tells the story of underworld wars. Mammootty dons the role of an underworld king Akbar Ali Khan. Rima Kallingal or Meera Jasmmine is rumored to play the heroine role in the movie. Fahad Fazil will also be seen in another important role. Ashiq Abu himself wrote the script of the movie. 'The Gangster' will go on floors from this December and will be Mammootty's 2014 Vishu release.

Mammootty is set to play the lead role in 'Balyakalasakhi ; the film adaptation of Basheer's famous novel in the same name. Mammootty will play the role of Majeed, a simple man. 'Balyakalasakhi' takes us through the life of Majeed; his love, ambitions and the way everything turns out to be. 'Balykalasakhi' will be directed by Pramod Payyannur.

The most ambitious project of MT Vasudevannair and Hariharan, 'Randamoozham' will have Mammootty in one of the lead roles. He will play the role of Dhuryodhanan- the villain in this movie. Mohanlal is set to play the lead role; as that of Bhiman. The pre-production works of the movie will start after the director and writer finishes the ongoing project 'Ezhamathe Veravu'. 'Randamoozham' will also feature other lead actors from south Indian movie industries. 'Randamoozham' is a film adaptation of the novel by the same tittle written by MT himself. It is an interpretation of Mahabharatha from the viewpoint of Bhima. A challenging project for the whole cast and crew, 'Randamoozham' is going to be a prestigious movie for everybody. 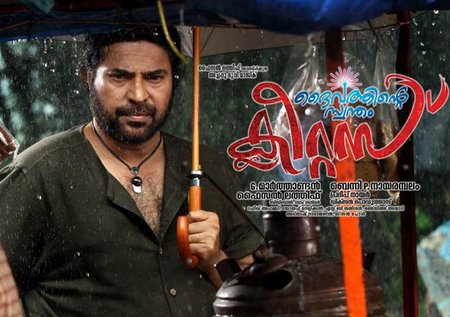 ' Mathilukalkkappurum' is another project lined up for Mammootty. It is a sequel to Adoor's Mathilukal. Meera Jasmine is set to play the lead role in the movie. It was announced three years ago and will go on floors only after the superstar finishes his already committed projects.

The team behind Sethurama Iyer CBI is ready to bring up the fifth movie in the series. Titled as 'Black Investigators', K Madhu to direct this movie from the script of S N Swami. Mammootty come up again as Sethurama Iyer and Mukesh is also set to play his previous role in the movie.

Praise the Lord is another upcoming movie of Mammootty in which he will play the role of farmer. The movie is directed by Shibu Gangadharan from the famous story 'Praise the Lord' by Zacharia.

Arival Chuttika Nakshathram with director Amal Neerad and Prithviraj and Mudiyanaya Puthran are other upcoming movies of Mammootty in 2013 and 2014.

Mammootty's 2013 and 2014 is surely another great time for the actor. His association with Ranjith, Salim Ahmed and other directors will surely be a treat for Malayalam. Let these new films of the Malayalam megastar could bring the best out of him.