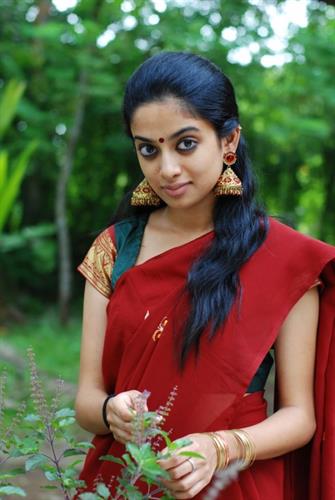 Gauthami Nair is looking forward in Malayalam movie industry with the fabulous projects waiting for her. After a great start with 'Second Show' and 'Diamond Necklace', the cute actor paused a while from movies to complete her education. Now she is back with few interesting new films. The actress is joining with debutante directors for her upcoming movies. The upcoming new Malayalam movies of Gauthami Nair are 'Monkeys', 'Town to Town' and 'The Road'. Read more on the details of Gauthami Nari's upcoming Malayalam movies below.

Gauthami Nari will romance Asif Ali in the upcoming movie titled 'Town to Town'. The movie is directed by debutante Rajeesh. 'Town to Town' traces the journey of two youngsters moving from one town to another in search of a better job and later fall in love. Gauthami Nair does the role of nursing graduate in the movie. The actress had said that this role will be completely different from her nurse role in 'Diamond Necklace'. The actress is blessed to get chances with the upcoming super stars likes Dulquer Salman, Fazhad Fazil and now with Asif Ali with this movie. The shooting of 'Town to Town' will start after Asif Ali finishes 'Pakida' and Gauthami Nair finishes her current projects.

'Monkeys' is a thriller, directed by Lijin Jose. Gauthami Nair plays the female lead in the movie. Sunny Wayne, Sidharth Bharathan and Manu are the heroes. The movie tells the story of three friends. They accidently get a lost bag containing some abusive materials in it. They don't know what to do next with the bag and the contents. This is being portrayed in the movie. Guathami Nair dons the role of Salama, a construction company worker. Salama is very bold and takes decision by her own. Salama has a very pivotal role in the climax of the movie. The shooting of 'Monkeys ' will start after Gauthami Nair and other actors of the movie finishes their already committed projects.

Gauthami Nair will again don the female lead role in another debutante film. This time it is Sukesh Sudharshan to wear the cap of director. Manav is the hero of the movie. 'The Road' tells the story of a Tamil girl, who is a mother of two children, coming to Kerala in search of her husband. The movie is produced by Bindhu under the banner of Red Dot Films. Screenplay and dialogues of the movie is written jointly by Kiran Kumar, Ajayan, Sukesh and Vijaya Lakshmi. Surely 'The Road' will have Gauthami Nair in a different appearance compared to her latest flicks. The shooting locations of the movie are Tiruchirapalli, Amba Samudram, Ottapalam and Guruvayoor. G Surya Narayanan directs the music for the lyrics of K Jaya Kumar.

Gauthami Nair was previously casted in '100 Degree Celsius' (previously titled as 'Mirrors'). But the acted has opted out of the movie. Gauthami Nair's next Malayalam movie release will be 'Town to Town'. Let all these forthcoming movies of the actress also follow the story of 'Second Show' and 'Diamond Necklace', bringing her in the mainstream of Malayalam movie.