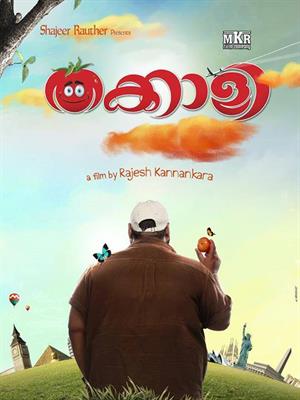 Rajesh Kannakara who had made his directorial debut with 'Ithu Nammude Katha' is gearing up to helm the bilingual project which would be made simultaneously in Malayalam and Tamil. Titled 'Thakkali', the movie will have a fresh cast with prominent actors donning important roles. With Krish J Sathar and Saranya Mohan in lead, Da Thadiya fame Shekhar Menon is also seen in a key role in the movie.

The official launch will take place on 25th August 2013 while the shooting is planned to start by the end of September. To give full power to the story of the movie, the shooting would take place entirely outside of Kerala. With the story, script and screenplay are written by Rajesh himself, the movie is themed around three characters who get connected through various interesting events.

Krish plays the role of a rich spoiled brat; Saranya dons the role of a service-oriented doctor. Her outlook towards life changes in due course of time which takes the story to the next phase.

As the title suggest, 'Thakkali' zooms into the changes that happen in an individual. Tomatoes undergo a colour change before turning red. A change fro, light green to dark green and later to yellow and then to orange and finally red. Likewise, the hero of the movie too undergoes many changes which bring the real spirit.

Krish Sathar who debuted with Ladies and Gentle Man would don the lead character while Saranya Mohan who had been active in Kollywood is making in comeback as heroine through 'Thakkakli'. Saranya who debuted in the final industry as child artist with the movie Aniyathipravu later continued the journey with Chemistry and Perinoru Makan.

Thakkali will be packed with humour and suspense exclusively made to keep the young generation movie lovers intact. Seenu Siddharth, known for his skills with the camera will stand behind as the cinematographer.