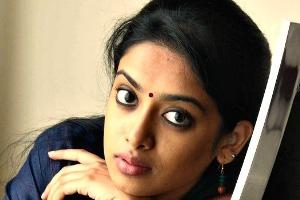 Malayalam movie field is blessed with bunch of new movie makers who were drawn into the world of movies which came back to back. The success of new generation movies have given confidence to them to go further forward.

'The Road' is directed by debutant Sukesh Sudharshan. Kiran Kumar, Ajayan, Sukesh and Vijaya Lakshmi will be handling the screenplay and dialogues of this movie while Surya Narayanan will scores the music for the lyrics penned by K JayaKumar. Bindu is producing the movie 'The Road' under the banner Red dot films. Ashok Tamilan will move the camera. The shooting of the movie will be done at Rameshwram, Tiruchirapalli, Amba Samudram, Ottapalam and Guruvayoor.

The movie 'The Road' features young Gouthami Nair and Manav in major roles. Gothami Nair has already worked with two Malayalam movies ie; Second Show and Diamond Necklace. She was much appreciated by critics for her matured performance in the flick Diamond Necklace. Debutant Manav,a model turned actor will share the screen with Gauthami.

Forthcoming movie 'The road' revolves around a Tamil girl who reaches Kerala alone with her kids in search of her husband. The incidents that occur afterwards will be portrayed in this movie. The movie will hit theaters in 2013.