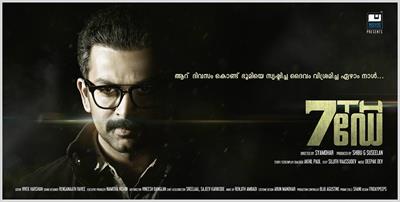 Prithviraj, the roaring lion of malayalam film industry is all set to make the year the best in his acting career. After a fruitful year, the young actor is gearing up to keep the pace high being a part of a number of interesting projects. His committed projects in 2014 and 2015 include 7th Day, Picket 43, Ennu Ninte Moidheen, Pavada, Painting Life, Tamaar Padaar and a couple of untitled projects with reputed directors.


7th Day, directed by Syamdhar is a crime story which stars Prithviraj in lead. The story, script, and dialogues are penned by debutant Akhil Paul. Janani Iyer is the heroine while Aravind Swamy, Vinay Forrt, Anu Mohan, Tovino Thomas, Praveen Prem, Joy Mathew, T. G. Ravi and Yog Japee have given life to other prominent characters in the movie.

David Abraham IPS (Prithviraj) is suspended from the Crime Branch Department of Kerala Police for a particular reason. David Abraham investigates a case which is not recorded in the crime records. With the investigation reach the seventh day, some fascinating incidents happens which changes the phase of the story. Rest of the story on frames. Produced by Shibu G. Suseelan under the banner of Movie Junction, the movie is slated to release on 11th April as Vishu release. With major locations set at Ooty,Ernakulam,Wagamon, the shooting was wrapped up on 25th February and was send to the lab for the post production works. The camera was safe in the hands of Sujith Vasudev. The tunes are set by Deepak Dev which would give freshness to the movie.

Picket 43 as titled is yet another project for Prithviraj with the movie is all about the life of an army officer who who gets isolated in the heavy snow. Set in the backdrop of snow clad Kashmir; 'Picket 43' conveys a high end message to the young generation. The story is about an officer who becomes deserted in a frozen place in Kashmir. His companions are a dog and a radio. It is much difficult for the soldier to survive without contacts any outside contacts. 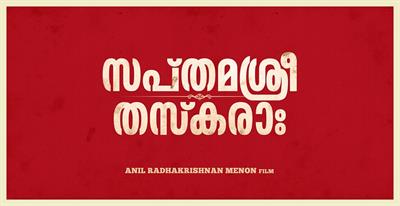 Much interestingly, a Pakistani army man who stays on the other side too come across the same situation. In the later stage of the story, both of them become share their thoughts and sorrows which even brings out the friendship between the two countries. Elements like war and love will be the main theme of the movie. Romantic scenes and songs are also the highlight of 'Picket 43'. It is also an attempt of the director to instigate initiate patriotism among the young generations in India. The feeling of being an Indian should make each youngster proud to serve the country. As in his previous movies, Major Ravi has tried to inculcate the essence of what he has experienced in person.

After the grand success of Noeth 24 Katham, director Anil Radhakrishna Menon is gearing up to make his next outing which is expected to have a huge star cast. 'Sapthamashri Thaskara' is an interesting title for the movie which is reported to have Prithviraj and Fahadh Faasil in lead. Earlier, Lijo Jose Pellissery has planned to bring the young brigades together for his upcoming movie 'Antichirst'. Now it is known that the project is almost dropped due to its high cost. Touted as a complete entertainer, the movie is about seven thieves. It is also reported that the storyline of 'Sapthamashri Thaskara' is similar to the super hit Hollywood movie Ocean's Eleven. Heard from the grapevine, Prithviraj was highly impressed with the script initiated to produce the movie under the banner of August Cinemas. He already had given life to a high fly thief in his earlier flick Robinhood. This comedy flick will be creamed with all elements to entertain the movie lovers.

debutante R S Vimal featuring Prithviraj and Parvathy Menon in lead roles will kick start from 25th June this year. The movie zooms into the real life story of eternal hero Moideen and his lover Kaanjanamala. Lena, Bala and Sreejith Ravi would also give life to other prominent characters. Having an experience directing documentary films, Vimal has invested five years to study the life of Moideen and Kaanjana. Produced by American Malayalis Suresh Raj and Binoy Shankarath under the banner Newton Movies, would start shoot at Mukkom in Kozhikode. 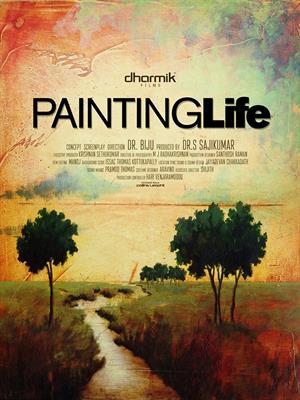 After completing the work of 'Perariyathavar', Dr Biju Radhakarishnan would focus on his big budget project titled 'Painting Life' which features Prithviraj and Priyamani in lead. Parthipan, Nishant Sagar, Krishnakumar, Irshad and Anumol will also give life to other prominent characters in the movie. The movie is produced by Dr Sa Sajikumar under the banner Dharmic Films. Shot exclusively in Himachal Pradesh, the other locations include Chitukal, Kulu, Manali and Ladakh. MJ Radhakrishnan will stay behind the camera giving full support to the director. Prithviraj and Dr.Biju have already worked together for movies like Veettilekulla Vazhi and Aakashathinte Niram which were screened in various film festivals and even grabbed a handful of awards too.

'Painting Life' is themed around an adventurous journey journey of the film crew consisting of 5 members. During the midst of their enjoyable life, the film crew gets trapped in a village. It's the fortitude of the crew who wish to get back to life. Earlier titled as Yathrakalude Dooraam, the movie got a name changed to 'Painting Life'. Priyamani would don the role of a woman whom the character of Prithviraj meets in the village. The main location of 'Painting Life' is Chitkul, India's last peopled village.

G Marthandan who debuted with 'Daivathinte Swantham Cleetus' is ready to make his next outing, this time with Prithviraj and Sobhana in lead. This family entertainer will also have Biju Menon, Anoop Menon, Nedumudi Veni and Maniyan Pillai in supporting cast. The movie titled 'Pavada' revolves around the life of Joy and his family. Shobana who made a strong comeback with Vineeth Sreenivasan's 'Thira' will also be seen in the movie in a prominent character.

Scripted by Bipin Chandran and Shibin Francis, this movie will be creamed with all elements to keep the audience entertained. 'Paavada' will be the tenth production venture of Maniyan Pillai Raju who had produced movies like Vellanakalude Nadu', 'Aey Auto' 'Chotta Mumbai' and 'Kannezhuthiu pottum Thottu' and 'Ananthabhadram' with most of them were box office success. Bipin who has shown his mettle as writer has scripted for movies like Daddy Cool', 'Best Actor' and '1983'. After the preproduction works, the movie will go on floors from July with Thodupuzha as the main location.

Tamaar Padaar, as the title states is a fun filled movie helmed by Dileesh Nair. The scriptwriter turned filmmaker is gearing up to make his indepdent venture which will be totally different in packing. The term 'Tamaar Padaar' is widely used in comic books which is used a lot to indicate various noises. Mostly the term gives a strong humorous effect to the situation represented. The terms are such borrowed for the title to give a special touch. Dileesh who has co –scripted many movies like Aashiq Abu's Salt 'N' Pepper, Da Thadiya and Idukki Gold. The director himself has penned the script for the movie. With the first schedule of the movie planned to start by the third week of April with Thiruvanathapuram as the main location.