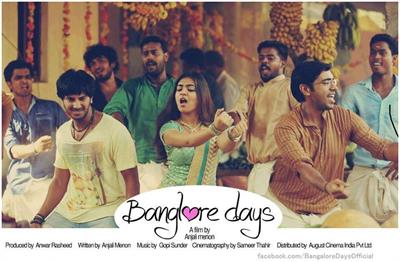 Nivin Pauly, riding on the success of his recent releases '1983' and 'Om Shanthi Oshana' is all set to make 2014 the golden year in his career. The young actor with an extra bone is looking forward for his upcoming ventures. His committed projects in 2014 include Bangalore Days, Edison Photos, Motor Cycle Diaries and Premam.

Will Nivin Pauly crack gold at box office again? It would be a great privilege for the young actor to be a part of majestic project which is made with a budget of 8.5 Crores. This complete family entertainer is directed by debutant Anjali Menon which will have Dulquer Salmaan, Fahadh Faasil, Nivin Pauly, Nithya Menen, Nazriya Nazim, Parvathi Menon and Isha Talwar in lead roles. Vijayaraghavan, Kalpana, Maniyanpilla Raju and Sajid Yahiya would be seen in prominent characters in this movie. The movie themes around the life of three youngsters, who crossover from Kerala to Bangalore, carrying high dreams to explore the unidentified. Tightly packed with thrilling moments, 'Bangalore Days' is having Gopi Sunder as the music director. Shot in Ernakulam, Banglore, Pondicherry, Chennai and Hyderabad, the movie will reach theatres on 9th May 2014. 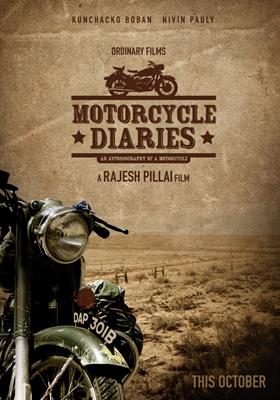 Edison Photos directed by debutant Pramod G Gopal is yet another movie in pipeline for Nivin Pauly. Janani Iyer, who made her screen presence in malayalam film industry with the movie 3 Dots is the lead heroine. She has signed three more movies with all under filming. The movies include the most hyped Koothra, Moosayile Kuthirameenukal and an untitled project.

Janani Iyer, paired along with Nivin Pauly in Edison Photos is very excited to work with him. Janani Iyer, a Tamilian by birth will essay the role of a Tulu Brahmin girl. Nivin will be seen a photographer in this movie. Lal, Joy Mathew and Manoj K Jayan would give life to other prominent characters. The movie will start rolling by the end of May at many exotic locations.

After the grandiose success of 'Neram', Alphonse Puthren is gearing up for his second outing with Nivin Pauly in lead. Titled 'Premam', the movie will be produced by Anwar Rasheed under the banner of Anwar Rasheed Entertainment. Shabarish Varma who rose to popularity singing 'Pista suma kira somari jamakiraya...', in the bilingual movie 'Neram', will play as the friend of the character played by Nivin Pauly in "Premam'. It is known that a similar song, much interestingly a unique love song sung by Shabarish would keep the audience intact. The director is currently in search of two Malayalee heroines for this movie. After the final cast, the movie is expected to start rolling from May.

Motorcycle Diaries, the project which has been announced much earlier is likely to start by the first week of November. Directed by Rajesh Pillai, the movie will have Kunchako Boban, Nivin Pauly, Vishakha Singh and Shine Tom Chacko in lead. The mental relationship between one motorcycle and his previous owner is the main theme of this movie. Produced by Sugeeth and Satheesh under the banner of Ordinary Films, the movie is scripted by Bollywood scenarist Suresh Nair, Tamil writer Jeyamohan and Rajesh Pillai. Shaan Rahman will set the tunes for the movie which making his try in acting too. Jomon T John will stay behind the camera zooming the visuals according to the instructions given by the director.