After the majestic success of 'Melvilasam', director Madhav Ramdas is all set to entertain the audience with his next project 'Apothecary'. Touted as a technical thriller, the movie will have Suresh Gopi, Jayasurya, Asif Ali in lead roles. 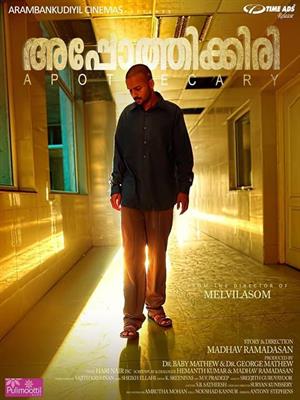 The meaning of the title defines "a health professional who is trained in the art of preparing and dispensing drugs". The actors have been chosen based on the requirements of their roles, body language and potential in acting. Apothecary is a historical name for a medical practitioner who lived during 2600 BC at ancient Babylon.

The movie is themed around the relation of doctor and patient set in the background of a Super- Specialty hospital. Dr Vijay Nambair (Suresh Gopi) is very famous neurosurgeon who works in Appothikiri hospital. Being a man of ethics, he totally disagrees with the profit motive approach of hospital officials. His wife Nalini Nambiar also works there as a gynecologist. They are gifted by two daughters.

Living in a calm and quite atmosphere, happy with family life and busy with their profession, a couple of unavoidable incidents turn things downside. The story is truly connected with social life and shows the inner part of an individual. As Subi Joseph (Jayasurya), a patient enters the scene; the story takes a refreshing twist which really changes its normal behaviour. To give full dedication to the character, Jayasurya has shed 10 kilograms. Asif Ali plays the role of Prathapan while Meera Nanda gives life to the character Daisy.

The movie is scripted jointly by Hemath Kumar, Madhav Ramdas. The tunes are set by Sheik Elahi. After the final cut, the movie would reach theatres soon.