Sajeev Kilikulam who has scripted for Jayaraj's 'Kannaki' and 'Ashwaroodan' is gearing up for his directorial debut. 'Kerala Home Guards', as titled the movie set in the backdrops of Kannur politics, will pool into the real life of a home guard. Scripted and directed by Sajeev Kilikulam, the story of the movie revolves around the life and death of Ravindranath, a political rebel who was a total nuisance to the people. 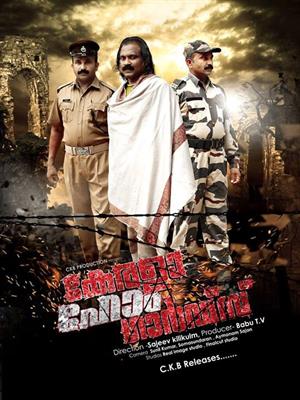 Yathindran(Sajeev Kilikulam), a militant confused that he was responsible for the death of Ravindranath. But Julie, Ravindranath's wife tried to put the responsibility of the murder on the shoulders the party workers. Madhavan (Babu T V) who served as the territorial soldier took retirement and returned to his home place. As started working with as a home guard, Madhavan comes to know about the problems caused by his brother to the villagers.

While during the clash between the terrorists and rebels, the struggle for existence of some revolutionaries is being depicted here. The revolutionary strikes made by the people, songs and their life make the situation more rousing. Unlike, the normal commercial movies, 'Kerala Home Guards' would focus on real life incidents.

Sanjeev, who hails from Kannur has well knowledge about the place. His familiarity added to self experience forms the story. 'Kerala Home Guards' would also be the real life story of Babu T V who dons double roles in the movie. Babu T V is currently working with the territorial army. As the director and the lead characters are much aware about Kannur, the shooting was much audacious.