Roma Asrani who made her acting debut in malayalam with Notebook, directed by Roshan Andrews is one of the popular actress in the film industry. Credited with 20 plus movies in her name, Roma is back with double power donning lead role in an investigation thriller. 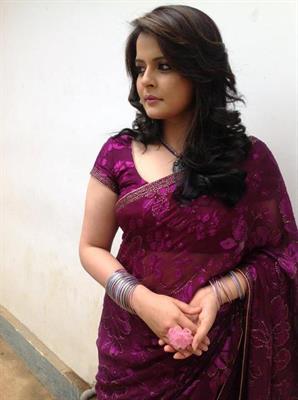 Titled 'Namasthe Bali', the movie is touted as a commercial entertainer creamed with humour, the movie will have elements of investigation. With ernakulam and Bali as the main location, 'Namasthe Bali' would kick start from 25th June. Young actor Aju Varghese will also be a part of this project giving life to a prominent role.

Gorgeous actor Roma who was last seen in super hit thriller Grandmaster appeared in the small screen as the judge in a reality show. Being a female oriented theme, Roma Asrani was selected for the role. As the lead character needed an innocent and naughty look in appearance, Roma was chosen to perform the character. The first schedule of the movie will begin at Ernakulam later shifting it to Bali in Indonesia.

Roma who made debut with Telugu movie Mr.Errababu has made her presence in other south Indian movies. 'Chocolate' which featured Prithviraj in lead which was a box office success gave Roma plenty of offers in the later stage. After 2 years break, Roma is gearing up to bring back her golden days enacting in 'Namasthe Bali'. As investigative thrillers can attract audience, the filmmaker plans to deliver an awesome package to the movie lovers which would keep them intact.

Meanwhile Aju Varghese, the most wanted young artist in the industry has a number of movies in kitty. After his successful performances in 'Bicycle Thieves', 'Om Shanti Oshana', 'Pakida' 'Polytechnic' and 'Ring Master', Aju is looking forward for his upcoming ventures. 'Monayi Angane Aanayi' with Aju Varghese in lead would reach theatres soon. He would also be doing a prominent role in 'Peruzhachi' which has Mohanlal in lead.