It seems that the year 2014 would be much busy for the young actor Prithviraj who is currently shuttling from location to location to finish up his committed assignments. The next in his chart would be 'Valathuvasathe Kallan' directed by Aashiq Abu. Valathuvasathe Kallan (Thief on the right side) is creamed with humour and will have new faces in prominent roles. 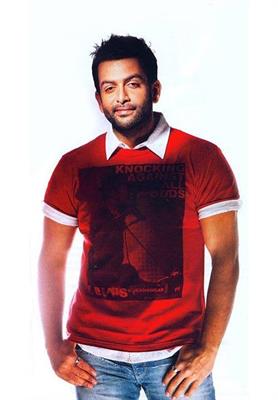 Based on a short story written by Ambika Rani, the movie is scripted by John Paul while the screenplay is handled by Jayamohan. The music for the movie is composed by Issac Kottukapally. The movie will kick start by August –September 2014. Jayamohnan has already shown his mettle penning the story for 'Kadal' directed by Maniratnam.

Meanwhile, the shooting of 'Idukki Gold' Hindi remake is likely to begin by next year and would reach theatres by the end of 2015. 'Idukki Gold' which was released last year was about a trip down memory lane for five friends. Pratap Pothen, Raveendran, Maniyanpillai Raju, Vijayaraghavan and Babu Antony gave life to the lead characters. The movie would gather rave reviews from the theatres and has done good business at the box office.

Aashiq who has earlier announced a woman centric movie 'Oppana' with Rima Kallingal in lead would go on the floors in 2015. The filmmaker who started his career with 'Daddy Cool' made name with his movie 'Salt N Pepper'. '22 Female Kottayam', a strong woman-centric movie which starred Rima Kallingal and Fahad Fazil gave fame and even placed him into the top bracket of directors. Credited with seven movies in the course of five years, Aashiq has won a number of awards too.

'Salt N' Pepper', won him the Best Director or Popular Director awards. The movie also bagged awards in various other categories at Asianet, Surya, Vanita, Mathrubhumi and Asia Vision Film Awards. It also had won the Kerala State Film Award for Best Popular Movie of the Year. He also given the Mohan Raghavan Award for Best Director for 22 Female Kottayam.