Jayaram, the most favourite actor among the family audience is excited to get associated with a couple of upcoming ventures. While the shooting of Sibi Malayil's 'Njangalude Veettile Athidhikal' is progressing in full swing, it is known that the actor has signed for yet another project. Titled 'Mayilanchi Monchulla Veedu', the movie is helmed by debutant Benny Joseph. 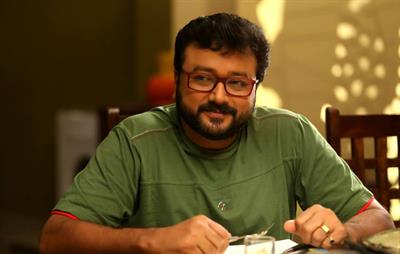 Heartthrob Asif Ali will also be seen in a prominent role. Scripted by Uday Krishna – Siby K Thomas, the movie creamed with humour and sentiments revolves around the life of a Malabar Muslim family. Mayilanchi Monchulla Veedu will be produced by Haneef Muhammed under the banner Red Rose creations.

Uday Krishna – Siby K Thomas, the most popular scriptwriters would be moving their pen for a Jayaram movie after a very long time. The most wanted screenwriters who have delivered numerous hits will stay as the backbone of Benny Joseph's movie 'Mayilanchi Monchulla Veedu'. Mostly shoot in the outskirts of Ottapalam, the movie would be mass entertainer for the fun loving audience.

The lead lady of the movie is not yet fixed while talks are with Bhavana to talk the role. After wrapping the shoot of 'Njangade Veettile Athidhikal', Jayaram will join the sets of 'Mylanchi Monjulla Veedu'. When family man Jayaram and heartthrob Asif Ali joins for a project, expectations are much higher. Jayaram has become much selective while making his next step after much thought.

'Njangade Veettile Athidhikal' scripted by Gireesh Kumar deals with a family oriented subject with Priyamani, Anoop Menon and Narain playing prominent roles beside Jayaram. He would be working with the ace director after a gap of 9 years. Meanwhile Asif Ali is also having a busy year with a long line of projects in kitty. His upcoming movies are 'Hi I'm Tony', 'Sapthamasree Thaskaraha' and 'Apothecary'. He also has signed for 'Driver of Duty' and few others too.