On-screen chemistry of actors is a vital factor which decides the fate of the movie. In malayalam film industry, there a rarely few pairs who have won the hearts of the viewers through their acting before the camera. Jayasurya and Bhama have already proved their talent on single frames in many movies. Now the blessed pair is uniting for yet another project. 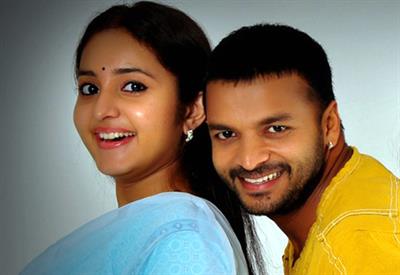 Titled 'Mathai Kuzhappakaranalla' scripted and directed by Akku Akbar will also feature Lakshmi Gopalaswamy in a a key role. Touted as an entertainer, Mukesh and yesteryear actress Kuyili are also reported to give life to other prominent roles. After the pre production works, the movie will hit the floors in August with Ernakulam as the main shooting location.

Jayasurya plays the title character Mathai who is an auto driver hailing from Thrissur. Mathai is naive and innocent in nature and has an inborn ability to find humour in everything around him. Having an immature behaviour, he loves to infringe into affairs of other people which eventually lands him is bigger problems.

This romantic-comedy also portrays the troubles in the life of a young couple played by Jayasurya and Bhama. The movie will also test the inner conscience of the viewers. Jayasurya's role as a Thrissur based entrepreneur in 'Punyalan Agarbathis' was well received by the moviegoers.

Akku Akbar who earned huge critical acclaim for his directorial venture 'Veruthe Oru Bharya' could not keep the pace in his later outings like 'Vellaripravinte Changathi', 'Bharya Athra Pora' and 'Ulsaha Committiee' which were even catastrophe at the box office. Jayasurya and Bhama have paired up in movies such as 'Ivar Vivahitharayal', 'Husbands in Goa' and 'Janapriyan'. Jayasurya will have an early release 'Apothecary' which also stars Suresh Gopi and Asif Ali in lead roles. His committed projects in 2014 are Rajishh Midhila's 'Lal Bahadur Shastri', Midhun Manuel directorial debut 'Aadu Oru Bheekarajeevi Aanu' and Priyadarshan's next movie 'Aamayum Muyalum'.

Bhama is also waiting for her upcoming releases such as '100 Degrees Celsius' and 'Ottamandaram'. Bhama plays the role of a 15 year old girl Kala in the movie 'Ottamandaram', one of the most anticipated movie of the year.