Actress Shewtha Menon who has given life to many bold characters in malayalam movies is gearing up to don a prominent role in 'Mazhayariathe' scripted and directed by debutante K P Thilak Raj. Touted as a family entertainer, the movie will also feature Kalabhavan Mani, Baburaj, Jagadish, Praveen Nair, Mamukkoya, Bijukuttan, Master Advaith Sankar, and Master Abhinav Krishna in prominent characters. 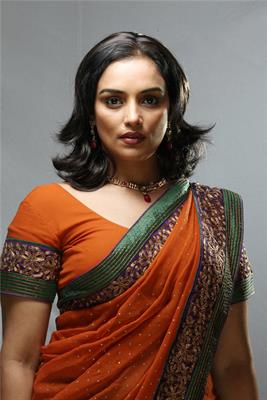 The movie is produced by Gokulam Raveendran under the banner of God's Own Cinema. For the lyrics of Kaithapram Damodaran Nambootiri, the tunes are set by Mohan Sithara. The camera is helmed by Satheesh Kurup. Shewtha Menon plays the role of a homeopathic doctor, a widow who lives with her son. The story takes a twist while her school-going son gets caught up in a crime.

Baburaj gives life to Circle Inspector Anirudhan who investigates into the offense. Three child artistes will play key roles in 'Mazhayariyathe'. K P Thilak Raj wishes to convey a positive message through this movie. As the movie zooms into the organ donation held in the state, the importance of organ and blood donation is being highlighted here. It would also be an eye opener for many people to know the value about organ donation.

It would be a strong comeback for Shwetha Menon after donning lead character in 'Kalimannu'. She has already created her own space in the malayalam film industry after being credited with number of interesting characters in her name. 'Paleri Manikyam: Oru Pathirakolapathakathinte Katha' and 'Salt N' Pepper' gained her the Kerala state film award for best actress in 2009 and 2011.

Her upcoming movies in 2014 include 'Dhanayathra' and '100 Degree Celsius'. The movie 'Dhanayathra' directed by Girish Kunnamel is a set at the backdrops of politics clubbed with family relations. Meanwhile Shwetha plays Nila in '100 Degree Celsius', a women-centric thriller scripted and directed by Rakesh Gopan which also stars Meghna Raj, Bhama, Ananya and Haritha in lead.