Yet another movie which zooms into the metro life is under production. Titled 'Ivide Ee Nagarathil', the movie tells an urban tale of distinct personalities who are having their own stories. As they meet in an unusual situation interesting incidents happens. Scripted and directed by debutante Pademendraprasad, the movie is produced by Azeez Abdulla and Sreedaan Kamal under the banner of Bodhi International Media Group. 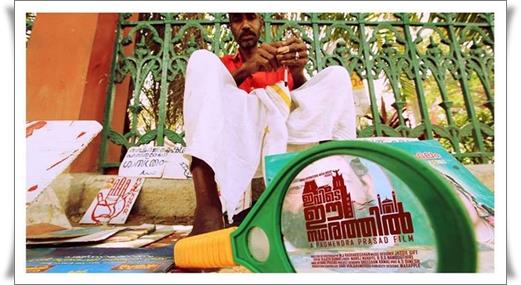 Inspired by legendary Russian writer Fyodor Dostoevsky popular novel 'Double', the movie stars a group of youngsters who were selected by a reality show conducted in a TV channel. 14 characters were selected from the realty show conducted through the Rose Bowl channel. 'Ivide Ee Nagarathil' zooms into the lives of few city inhabitants who get interconnected through a series of events.

The crime and criminals are later unfolded by the restless effort of a policeman. Set against the backdrops of murder, rape, extortion and sham, the movie will be a mystery thriller with elements to keep the audience intact. Padmendra Prasad, who has worked as a programme producer for several television channels is gearing up to helm a project with confidence and his experience behind the screen.

Ace cinematographer MJ Radhakrishnan will be capturing the frames of the movie. The tunes of the movie are being set by Jassi Gift. After the pre production works, the movie will start rolling very soon. 'Ivide Ee Nagarathil' being a launch pad of many youngsters would also test their caliber and acting brilliance on screen. Knowing the pulse of the spectators, the movie too is expected to be made in such a way to entertain them.

Jassi Gift who has created a different music culture through his songs will again move his fingers to provide few new tunes for the music lovers. So get ready for a roller coaster ride along with Padmendraprasad and his team.