Riding on the success of the first edition of D4 Dance, a reality show for the young dances, Mazhavil Manorama is gearing up to add more thrill to their second edition. The audition of the Idea D4 Dance season 2 is being held at Mumbai and Kerala. The audition of the Kerala schedule is conducted on the 26th, 27th and 28th of September 2014. 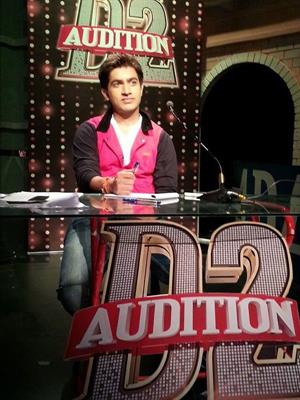 As the current season of the dance reality show reaches the Super Eight stage, more excitement is on the viewers who have already witnessed the best piece of dance in their life. The current judges Prasanna Master, actor Priyamani and Nirav Bavlecha are likely to continue in the next season too. Anchors Govind Padmasurya and Jewel Mary have impressed the viewers with their unique style of comparing.

Priyamani who has completed the shoot of Sibi Malayil's upcoming movie 'Njangalude Veettile Athidhikal' took time to understand about the progress of the Idea D4 Dance Season 2 auditions. Applicants for the new editions of the show are asked to bring a full size photograph and also well prepared to perform their favourite dance style before the judges. They are also asked to bring a audio CD for the dance during the time of auditions.

Idea D 4 Dance reality show which is currently airing in Mazhavil Manorama on Friday, Saturday and Sunday between 8 pm to 9pm is one of the prestigious programme of the channel with splendid rating. Packed with much interesting dance steps, each episode of D4 Dance gives a visual treat for the small screen spectators. Performances of the little dances are also well appreciated.

It also opens doors for the dancers to make their entry into their silver screen. The makers have tried to incorporate all basic elements which have lifted the show to International standard. Now the wait is for the grand finale and the also to welcome new dancers who are getting chance to shake their body in the next season of D4 Dance.