Sidharth Siva is a multitalented personality who is recognized as an exceptional actor, scenarist and director. Being a National award winning filmmaker, Sidharth's next venture has already won the hearts for its extra ordinary presentation. 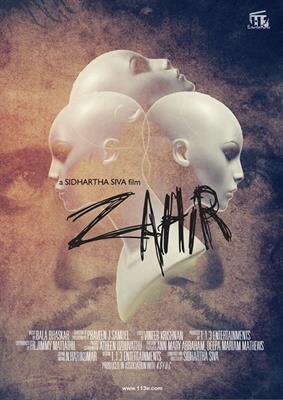 'Zahir' which features Jithu, Jijoy and Dileesh in prominent roles zooms into the life of a girl who was sexually insulted during her childhood days. As she happens to meet a friend after years, the changes that occur in him form the crux of the movie. This socially relevant movie is being produced by Sidharth Siva under his production banner 1:1.3 Entertainments in association with KSFDC. The background music has been set by Bala Bhaskar.

Being an extraordinary person with a handful of talents, Sidharth is much known for his mental strength in leaving all problems back to achieve his goals. He was even blessed to meet great director Kim Ki-duk during his visit to the BUSAN International film festival which was held between 2 -11 October 2014. Movie lovers would be eagerly waiting for the screening of the movie at the IFFK.