Christian brothers is a big budget multi starer movie directed by Joshi. After the success of Twenty 20 its another movie from Joshi, Uday Krishna and Sibi K Thomas team. The leading roles in Christian Brothers are played by Mohanlal, Suresh Gopi, Dileep, Sarath Kumar, Kaniha, Kavya Madhavan and Kaniha.

As per the reports like Twenty 20 malayalam movie, Dileep is Mohanlal's brother and Suresh Gopi is a police officer in Christian Brohters. Mohanlal's chracter is working as a private detective who helps intelligence agencies and he is coming to Kerala for investigation. Sarah Kumar is also an private agent but working opposite to Mohanlal. So the movie is focused on family and crime investigation. With big stars like Mohanlal, Sarath Kumar, Suresh Gopi and Dileep the movie has already become a big topic in the malayalam film industry. The movie Christian Brothers is expected to release by the end of May 2010. 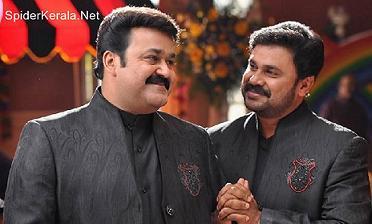