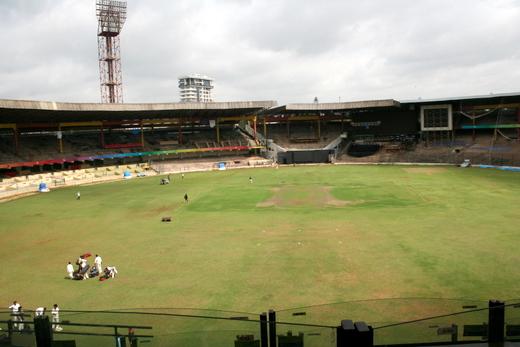 The M. Chinnaswamy Stadium is one of the foremost cricket stadiums of India, situated in the heart of the city of Bangalore, Karnataka.The Chinnaswamy Stadium is four decade old stadium edged by the scenic Cubbon Park and upscale MG Road. The stadium, previously recognized as the Karnataka State Cricket Association (KSCA) stadium, was later renamed in honor to Mr. M. Chinnaswamy, who had given out matchless contribution to the KSCA for last four decades. Mr. M. Chinnaswamy also had served the Board of Control for Cricket in India (BCCI) as president from 1977-1980. This stadium comprises 50,000 seats and hosts Test cricket, One Day Internationals (ODI) and other First-class cricket matches.