30th January, every year, is being observed as a Martyr's day to pay respects to the people of India who had laid down their lives while defending their nation, India. Gandhiji, also affectionately called as Bapuji, was a person who had got us the much needed independence from the Britishers but then was assassinated with in 6 months of our getting independence. The day is observed as the martyr's day by maintaining silence for 2 minutes at 11 am on the 30th January every year. 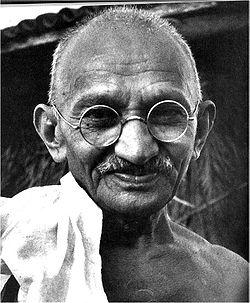 About Mahatma Gandhi our Father of the nation

Mahatma Gandhi who was assassinated on the Jan 30 of the year 1948, was a remarkable personality. Not only Indians but many others all over the world have kept him in high esteem. The day he was assassinated had become the Martyrs day and observed as a solemn reminder for those who gave away their lives defending our sovereignty of the country during and after the freedom movement.


Mohandas Karamchand Gandhi was born on 2nd October 1869 in Porbhandar of the then Bombay Presidency of the british India. His parents were Putlibhai Gandhi and Karamchand Gandhi. When he was just a 13 year old, he married Kasturbai Makhanji in an arranged child marriage, according to the early Indian customs. He had 4 children named Harilal, Manilal, Ramdas and Devdas. Kasturibai Gandhi became the favourite of all and her name got changed to Kasturba when all the people around started calling her Ba affectionately.


Mohandas Karamchand Gandhi left for South Africa on a year long contract as a barrister. There he faced discrimination as an Indian and the events were a turning point in his life. He helped the people there to develop Natal Indian Congress in 1894 and through this organisation, he moulded the Indian community of South Africa into a homogeneous political force.For 7 years he continued his satyagraha and ahimsa, called the Indians to suffer flogging, jailing etc for resisting the law laid by the whites.

With Indian National Congress and the Freedom Movement in India


He came to India in 1915 and spoke at the conventions of the Indian National Congress. Gandhiji employed non cooperation , non violence and peaceful resistence as his weapons against British raj. In 1921 Gandhi took over the presidentship of the congress and reorganized a new constitution under the goal of Swaraj.
Salt Satyagraha and Quit India Movement were some of the movements which went off successfully against the British raj. Finally British had no other go but to agree for Indian Independence. They agreed but only by partitioning India in to two Divisions, namely India and Pakistan. Gandhiji was dead against dividing India but then Mr.Mohammad Ali Jinnah who wa s the head of the other faction, did not agree to his plans. Gandhiji personally visited the riot prone villages to calm them down and to stop the massacres happening there. He made strong efforts to unite the Indian feeling among the Hindus, Muslims and Christians and struggled for the emancipation of the "untouchables" in Hindu society as well.

The End of the life of Mahatma Gandhi

On the 14th and 15th of August 1947, the Indian Independence act was invoked and that led to a carnage and the killing of the innocents up to a million. Gandhiji's personal presence there as well as the efforts of his followers were somewhat able to stem the killings and lessened the bloodshed which would have more otherwise. After all the trouble he went through, he was assassinated by a fellow Indian while he was going to attend a prayer meeting.

Mohandas Karamchand Gandhi, who always - till the last moment of his life - stood and uphold the Non-violenace and peace, but met with an unfortuante and tragic end by being shot at by an Indian himself. He was really a MAHATMA not only for Indians, but even for outsiders also.

When the American President Mr. Obama visited India two months back, in almost every speach he has delivered in and outside the Indian Parliament, he mentioned the name of our Grate Mahatma - The Mohandas Karamchand Gandhi. Mr. Obama had even said Gandhi was his inspiration.