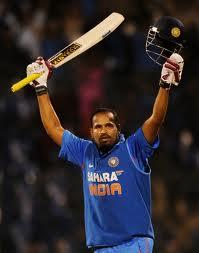 But his bat had proved his quality and the whole Indian hearts are expecting some scintillating knocks from Yusaf Pathan's bat in this ICC World Cup 2011.Being the hosts of ICC World Cup 2011, India and Yusaf has advantage also.

It was on the batting and bowling effort of Yusaf Pathan that crowned Rajasthan Royals in IPL Prime Edition. Also India won the maiden ICC T-20 world cup by the sparking knocks from Yusaf's bat and cunning balls from Yusaf's hand.So our expectation in this ICC World Cup 2011 also will not be in vein. 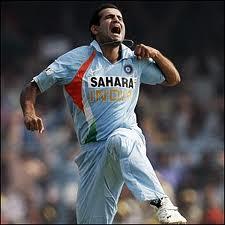 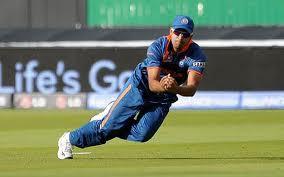 Yusaf's fight in Souath Africa had created fear in the minds of all other teams participating in ICC World Cup 2011.On his own day it will be very difficult to dismiss Yusaf. Such an alrounder like Yusaf Pathan was a long expectation by India after Kapil Dev. Hope this elder Pathan will fulfill our hopes.

All the best to the Indian team participating in ICC World Cup 2011.