Steve Waugh Will Not Be Indian Cricket Team Coach 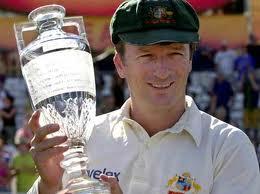 Former Australian captain and star cricketer Steve Waugh turned down the offer to take up the job of Indian cricket team's coach in place of Garry Kirsten after the ICC WC. Waugh said that he was busy with his cricket foundation work (Steve Waugh Foundation). He is also involved in coaching his home team for the upcoming London Olympics.