Cricket's first World Cup 1975, played in England in June, was won by the West Indies team, which beat Australia by 17 runs in a thrilling final at Lord's. The event took place between June 7 to June 2. The Cricket World Cup 1975, also known as the 'Prudential Cup,' was a much awaited cricket tournament of the era. During that time, the matches were of 60 overs to each side. A total of eight tem competed in the first world cup. The grouping was as follows: 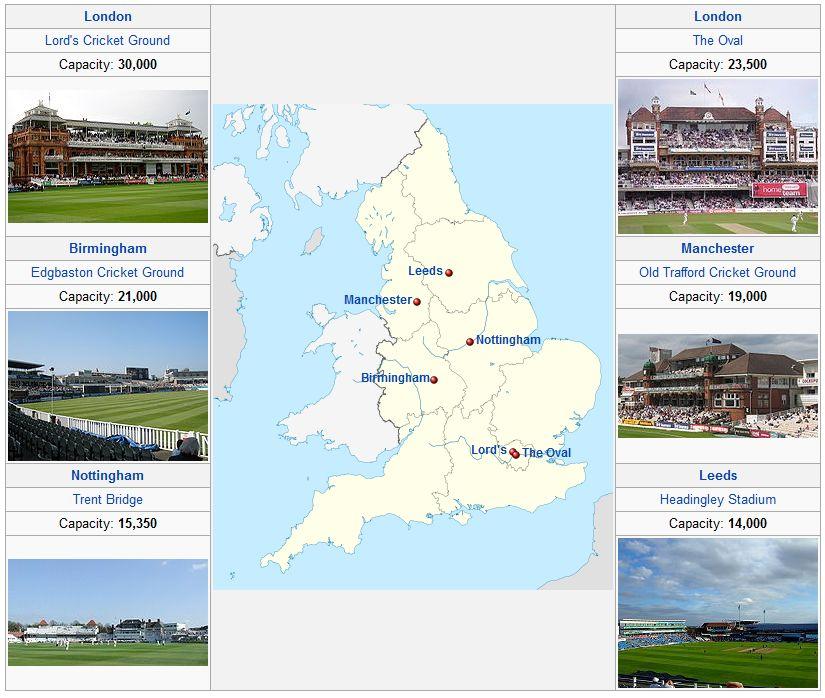 The tournament, played in perfect weather, was a great success and was expected to be repeated. With South Africa excluded for political reasons, both East Africa (Kenya, Tanzania, Uganda, and Zambia) and Sri Lanka, although not full members of the International Cricket Conference, were invited in order to bring the number of teams up to eight. East Africa was badly outplayed, but the Sri Lankans had the satisfaction of scoring 276 for four against Australia at Kennington Oval, the highest total made by a side batting second. The West Indies team, captained by Clive Lloyd, the best one-day cricketer of them all, contained four Guyanese, four Barbadians, two Trinidadians, and two Antiguans. Wherever they played they had strong support from compatriots living in England.

India failed to qualify to the semi-finals. Out of the 3 matches played in the elimination round, India won only one match and stood third in the table among the team members in group A. New zeland and England qualified to Semi finals while West Indies and Australia topped from Group B. At last, West Indies and Australia made their entry to the finals. Australia won the toss and they elected to field first. West Indies clinched the Prudential cup by beating Australia by 17 runs. CH Lloyd of West Indies was awarded the man of the match award for scoring 102 runs in the finals, which helped West Indies to win the World cup. 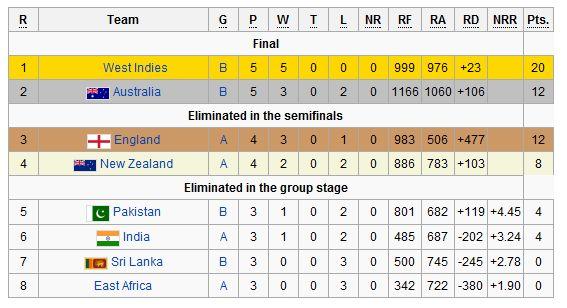 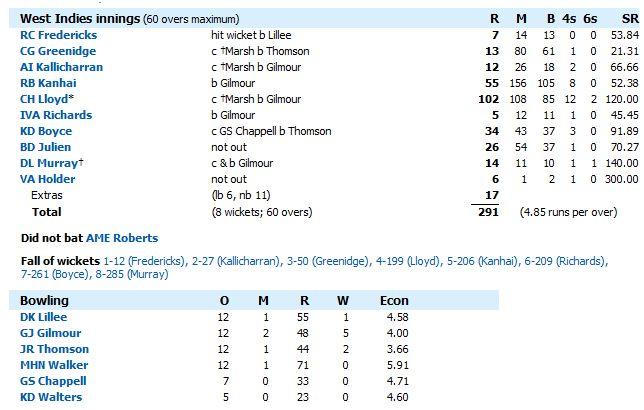 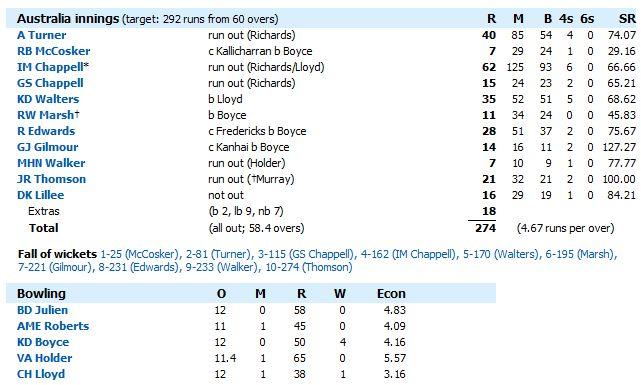