The new lease agreement for the upcoming Kochi Smart City Project has been signed in Kochi today on 23rd February, paving the way for a new impetus in the State's IT sector. The Agreement was signed by Smart City Chairman S. Sharma and TECOM CEO Abdulla Almulla. 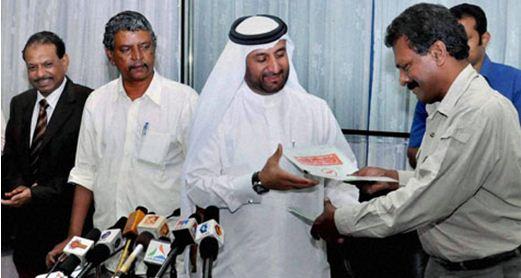 Agreement signing took place at the Smart City Board meeting held in Kochi, attended by IT Secretary K. Suresh Kumar and Business magnate M.A. Yusuf Ali among others. This was followed by a press conference, which was attended by both Mr. Sharma and Mr. Almulla. Minister Sharma stated at the press meeting that all the uncertainties and anxieties regarding Smart City Project were now over. Next Director Board meeting will discuss other issues regarding the project in detail.

Almulla described Smart City Project as a mile stone in the developmental history of the State. He further stated that the Master Plan will be finalized at the next meeting.

Agreement was later registered at the Sub Registrar Office, Thrikkakara. It is reported that TECOM won't have the right to transfer property to any third party as per the new lease agreement.