T.V. Rajesh is one of the strong and dynamic youth leader of CPIM candidate from Kalyassery in the Kerala assembly elections 2011. Kalyassery was the consistuency of well known political leader and former chief minister of kerala E.K.Nayanar. E.K.Nayaner was a man of great political skills and a lot of relations. T.V Rajesh is also known for the his relations and selfless activities for his people. The young courageous leader is a well known figure by his political activities in corrupted Educational fields .T.VRajesh was born in Kulapuram of cheruthazha grama panchayath in Kannur district. Right from his childhood he has shown skill and abilities to grow up into a strong political leader. The Left Democratic Front (LDF) youth leader T.V. Rajesh is an impressive personality among his people being the leader of all activities of Yuvajana sangadana in Kerala. 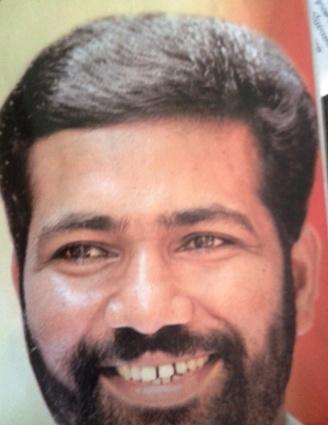 His stubborn attitude against the corrupt political leaders have often given him pain. He have suffered 87 days of imprisonment between his five srrets for his people.T.V. Rajesh and LDF has high hopes in Kalyassery, because of this dynamic leader.

4. Jail and imprisonment.
a) Arrested during the agitation in payannur due to the Koothuparambu issue.
b) 5 arrests and 87 days of imprisonment.