The 10 Toppers in margin

Constituency under Malappuram District. He is the top 2nd scorer in the margin to victory. Won by a margin of 38237 votes against his nearest rival candidate.He is the State General Secretary of IUML. This is the 7th time he contested and 5 times elected as M L A. He was minister in 4 earlier cabinets of Kerala. He quit the ministry of earlier UDF ministry on the allegations that an Ice Cream Parlor of Kozhikode is connected with him and that the ice cream parlor was a cover for running a brothel. However, in the case his name was not there as an accused. This incident about him was almost forgotten. Just about a month before the 2011 elections, the LDF suddenly raised this issue. In spite of this Mr Kunhalikutty won with the above impressive margin.

Constituency under the Malappuram District. He is M A, M Phil, LLB. He is the top 3rd scorer in the margin to victory. Won by a margin of 35902 votes against his nearest rival candidate. He was elected to Rajyasabha 2 times. He is the National Secretary of IUML. Right from the student days he was a scholarly orator. During his Parliament Membership he has impressed the Rajyasabha by his speeches.

under the Kottayam District. He had degree from CMS & SB colleges. He also took law Graduation from the Govt College, Ernakulam. He is the top 4th scorer in the margin to victory. Won by a margin of 33255 votes against his nearest rival candidate. He has served 2 terms as minister, once as Chief Minister and after that till now he is the Opposition leader. It is almost certain that he will be next chief minister of Kerala.
He started his public life career as the president of KSU of his school and later became state president. Later he was state president of the Youth Congress. He was also AICC member for some time. He has worked in a number of trade unions affiliated to INTUC. He was elected as M L A first time In 1970 from Puthuppally. After that he won an impressive 9 times without any gap or failure from the same constituency.

He is the top 5th scorer in the margin to victory. He Won by a margin of 32124 votes against his nearest rival candidate. He is the Son of Ex MP George Eden. He was the State President of NSU. This is his Contest for the first time as M L A. 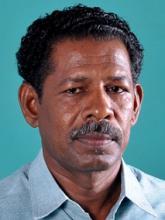 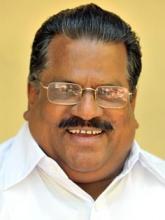 under Kannur District. He is 7th from top. His margin over his nearest candidate is 30512. Jayarajan is the Central Committee Member of CPI-M; President of Agri State Unit of CPI-M and General Manger of Desabhimani. He has worked in SFI and was president of All India DYFI. He has also served as the Secretary of the Kannur and Thrissur districts of CPI-M. He has contested the election in 1991 for MP position.

under Malappuram District. He is a Post Graduate. His margin over his nearest candidate is margin of 30208. He is 3 times M L A and this is 4th time. He is the District General Secretary of IUML. 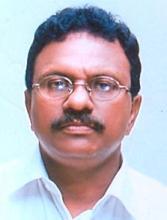 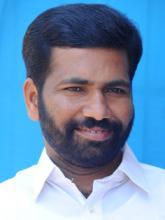 T V Rajesh – CPM – LDF – Candidate from Kalliasseri under Kannur District. 37 years old. He is LLB Graduate. He is from Kulappuram. His margin over his nearest candidate is 29946.He has served as the State General Secretary of SFI, SFI State Secretary & All India Jt Secretary. He was also Calicut University senate member.