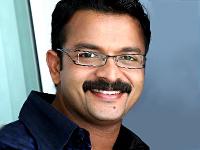 Year of birth: 1978
Present age: 33
Place of birth: Thrippunithura
Occupation: Actor, mimicry artist, singer
Parents: Mani & Thankam
Spouse: Saritha
Children: 1
Awards won: Asianet film awards, Amrita film awards, NANA award, Annual Malayalam Movie award.
Jayasurya , the famous mimicry artist as well as actor was born to Mani & Thankam in the year 1978. His place of birth is Thrippunithura situated in Kerala state of India. Kerala people are always familiar with Jayasurya as he is one of the popular actor & artist in Kerala. His spouse is Saritha. It should be noted that Jayasurya had won several awards in his career.

Some of the important films of Jayasurya

Films which have won awards for Jayasurya