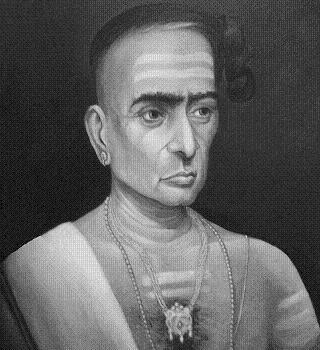 Sakthan Thampuran was the Raja (king or ruler) of Kochi district in Kerala about 200 years ago (from 1790 to 1805). A unique feature of Sakthan Thampuran is that he became a ruler at a very young age itself. His actual name was Rama Varma Kunjipilla Thampuran and thus he is also known as Raja Rama Varma. His subjects gave him the name of Sakthan Thampuran as Sakthan means powerful and he was indeed a very brave and powerful ruler. While he was the ruler of Kochi, his residential palace was built in Thrissur district. He is known for his firm and definitive administration. He became a very popular king as he was extremely able at his job of looking after his subjects by punishing the wrong-doers very harshly. He did not have any mercy for such people and made sure that they got severe punishment according to the error committed by them. Because of this character of his, most of his subjects were very scared of him. But in order to bring out the proper justice, this kind of merciless acts towards criminals are also necessary. Sakthan Thampuran ended the powers of the Namboodiri society who were having the control over many of the temples in Thrissur. Sakthan Thampuran is also known as the architect of the city of Thrissur. Infact, currently, Thrissur is known as the cultural capital of Kerala. There are roads and bus stands in Thrissur which are named after Sakthan Thampuran due to his various contributions to the district. There is also a college named after Sakthan Thampuran in Thrissur called Sakthan Thampuran College of Mathematics & Arts. He is the creator of the modern city of Thrissur. He is the person who is responsible in making Thrissur a commercial city by inviting Syrian Christians and Brahmins to start their businesses in Thrissur.

Even the concept of Thrissur Pooram was introduced by this ruler. It is for this festival that the Thekkinkadu Maidan which surrounds the Vadakkunathan temple in Thrissur was destroyed. Before the inception of Thrissur Pooram, the most popular festival in Kerala used to be a one-day festival conducted at a place called Arattupuzha in southern Kerala. During this festival, many clashes and fights used to take place between the Naduvazhi's (poojari's) of each temple that participates in the festival. It was this incident which made Sakthan Thampuran take some action and plan a new festival which would put an end to these fights. He unified all the ten temples surrounding the Vadakkunathan temple to come together and celebrate a new festival called Thrissur Pooram which was ultimately announced as the most important festival of Kerala. Sakthan Thampuran made it clear to the people that during the Thrissur Pooram festival, there should not be any discriminations and that each and every common man, irrespective of their creed, caste and religion, should be given full permission to participate in the festival. Thrissur Pooram is one festival which does not differentiate the religions also, which is why even the Muslim communities join with Hindu's to celebrate the festival in a grand way.

Sakthan Thampuran was born in 1751 AD into the Cochin Royal Family at Vellarapally Palace. His mother's name was Ambika Thampuran and father's name was Chennose Namboodiripad. As he lost his mother at a very young age itself, he was raised and looked after by his maternal aunt. He received his education from great scholars of those times. Sakthan thampuran died in 1805 AD in Thrissur itself. It was after his reign that Thrissur city fell under the British rule. 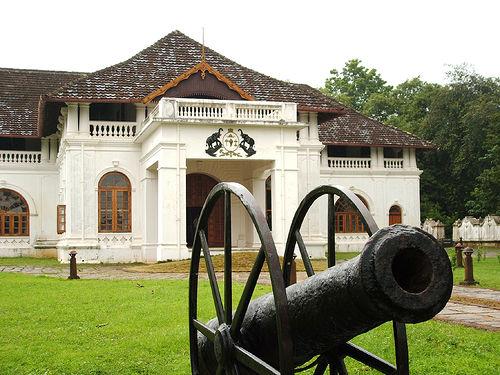 Currently, the palace in which Sakthan Thampuran resided during his lifetime is popularly known as Sakthan Thampuran Palace. It is located in Thrissur close to the Vadakkunathan temple and was known as Vadakkechira Kovilakam during the king's reign. The palace, which spans over a large area of almost six acres, has been changed into a historical museum and is extremely important as a cultural place of tourism. The structure and architecture of the palace is an interesting mixture of olden Kerala style and Dutch style. In the premises of the palace, one can find the tomb of Sakthan Thampuran and also a very old Sarpakkavu (sacred snake's grove). There is a Heritage Garden towards the southern area of the palace which preserves rare medicinal plants of Kerala. Other than this, one can also find an archeological garden within the palace grounds which displays collections from the stone age. There are many galleries inside the museum including Numismatics gallery (displays ancient coins), Megalithic gallery (displays remains from the stone age), a gallery for display of household utensils made of bronze and copper, Sculpture gallery (displays granite statues of olden times), Epigraphy gallery (displays the evolution of olden days writing) and Bronze gallery (displays bronze statues of ancient times).

The palace is very famous nowadays as a tourist attraction especially for those who love to learn about historical happenings and kingdoms. Inside the palace, one can learn about many things connected to the ancient rulers of Kochi. The main part of Sakthan Thampuran palace consists of a two-storied building and a traditional Kerala Naalukettu. The roofs of the palace are very high and the walls are made more thick than normal. Each room of the palace is very spacious with Italian marble flooring.