Kodungallur is known to the world centuries back as the entry gate to Kerala, the land which became the attraction of the foreign traders because of its natural wealth. The name Kodungallur may not be in the earlier records, since the area was referred as Muziris. But, for the people of Kerala this was a centre of literary activities. The palace of Kodungallur kings functioned as a typical school (Gurukulam) of those days. Hundreds of students drawn from various parts of the country came and stayed there for education. Famous poets and literary workers of the period often met there and held literary discussions and competitions.

Kunhikuttan's early periods in the life 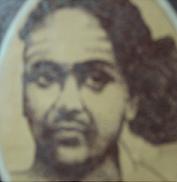 Kunhikkuttan Thampuran was born here in the year 1865 (ME 1040 Kanni, 4). The great Malayalam poet and humourist Venmani Achchan Namboothiripad was his father and Kunhuppilla Thampuratti of Kodungallur Kovilakam, mother. His actual name was Rama varma, but he was called Kunhikuttan by his relatives. He was initiated to letters at the age of three, and slowly started learning the fundamentals as practiced in those days. His first teacher was very much impressed seeing his capacity to assimilate and reproduce the poems from memory even during that young age. Hearing these comments Godavarma Thampuran, himself a scholar, took up the job of teaching Kunhikuttan. By the age of 9 Kunhikuttan completed the study of Sreekrishna Vilasam, Raghu vamsam and Kumara sambhavam and was studying Magham. He could speak in Sanskrit at this age.
After the death of Godavarma Thampuran (1874) the teaching of Kunhikuttan was taken up by the scholar Kunhiramavarma Thampuran. He taught him major grammar books such as Siddhantha Kaumudi, Proudamanorama, Sabdendu sekharam, Paribhashendu sekharam, etc. Kunhikuttan continued his studies up to the age of sixteen. His study of Logic reached the stage of 'Mukthavali'. It was Kunhan Thampuran who taught him this subject. He initiated into Astrology from his grand mother and learned up to 'Panchabodham'. Under the guidance of Senior Kochu Thampuran did the higher studies. Rhetorics and theories in dance and drama were studied by himself. Kunhikuttan was more at home with the science of grammar.

Kunhikuttan was very much interested in certain local games, which included 'Chathurangam' (almost same as Chess), playing marble ('Goli' or 'goti') and playing with ball ('Thala-panthu kali'). He used to forget everything when playing any of these. While playing he used to make fun of others and utter jokes making everybody laugh. He used to talk in poems very often. He was an expert in making poems within a short time. Whenever Kunhikuttan participated in quick poem making competitions he got prizes. He was equally an expert in Aksharasloka (rendering four line poems one after another by a group of persons, following certain rules) and in competitions he used to come first.

At the age of 21 Kunhikuttan got married to Pappiyamma, daughter of Kathullil Narayana Menon, a chieftain of Kodungallur. It was a love marriage. This couple had three or more children. Only two , a boy and a girl, survived the childhood.

Later in 1894 he married second time from Kottakkal Kovilakam. It was due to a system prevailing in those days in Kottakkal and some other royal families. The 'fatherhood' of these families rested with the Kodungallur palace, hence as a ritual a male member of Kodungallur will marry a girl of these families officially. But after that they will have no any relationship. Another Nambudiri or Thampuran will become the girl's husband.

As per this system, Kunhikuttan married Kutty Thampuratty of Kottakkal and left. But this Thampuratty did not accept any other person later, and insisted that she would marry only Kunhikkuttan Thampuran. He was not happy to accept a second wife since he loved his first wife Pappiyamma so much. But Pappiyamma felt sorry with Kutty Thampuratty and requested her husband to accept her also as his wife. Thus with the consent of his first wife he accepted second wife. Afterwards he spent his days sharing between Kodungallur and Kottakkal. In the Kottakkal relationship he had one boy and two girls. One of the girls died early.
In 1904 Kunhikuttan's first wife Pappiyamma died. But almost within one year he married another lady, Kuttipparu Amma. She was a musician and from the family Kuruppath of Thrissur. This marriage also was with certain compulsion. Kunhikuttan was interested in music and used to attend concerts. Thus he had already seen Kuttiparuamma and she also noticed Thampuran. She didn't want to marry anybody else other than Kunhikuttan. So Thampuran's friends insisted him for this marriage. Thus he had a third marriage. (In those days' social setup these were very common). In his third wife he got two girls of which one died before reaching one year old. Kunhikuttan Thampuran died at the age of 48 in the year 1913 (1088 Makaram 10th).

Kodungallur Kunhikuttan Thampuran is known as 'Kerala Vyasan', since he translated the great episode 'Mahabharatham' into Malayalam. This epic in Sanskrit was the work of Vyasa Maharshi. It is believed that Vyasan took about three years to complete this great work. But Kunhikuttan Thampuran could translate it into Malayalm within a period of 874 days. He spent the morning hours (7.00 to 9.00 AM) for his translation work. Though he started with the aim of translating 50 slokas a day. But soon he doubled the number and again went on adding the number. In the beginning he read one sloka then assimilated it and dictated the Malayalam version. But soon he could read, assimilate and dictate simultaneously, which helped him increase the number of slokas per day. This was a record in translation in any language. He was doing other activities including writing, reading other works, playing chess, etc. after the schedule of translation. The Mahabharatham has got 18 parts (Parvas) with two thousand chapters. Totally it has one lakh, twenty five thousand grandhas (one grandha equals 32 letters). This work alone is sufficient to understand who was Kunhikuttan Thampuran and how great was his contribution to the Malayalam literature.

It is difficult to quantify Kunhikuttan Thampuran's literary contributions. Some have seen the printing ink where as some are only in the manuscript form. Most of his letters are in poems and are addressed to different persons. Many of the works are incomplete or partially lost. Nobody knows how many works are completely lost.

His masterpiece Mahabharatham (translation) was published first in the year 1906. The second reprint came in magazine form after a long gap of about forty six years. It took seven years (1952 – 1958) for bringing out the whole work. The third attempt was by the Co-operative Society of Literary workers which was in the year 1965. It was brought out in seven volumes. In 1981 a reprint of these volumes was also taken.

About 132 works have been listed based on the availability. This contains 14 Sanskrit works, 18 combilations of poems, 11 dramas or similar works, several works as hymns of different Gods, collections of small poems, translations from Sanskrit and English languages (English translations include Shakespearian works such as Hamlet and Othello) and several essays. He wrote letters to relatives and friends in the form of poems of which the available ones also have been collected printed.

Kodungallur Kunhikuttan Thampuran would have done all his works in Sanskrit since he was born and brought up in such an atmosphere. But his father Venmani Achchan Namboothiripad was a recognised Malayalam poet and his nearest friend Venmani Mahan Namboothiripad also was interested in Malayalam poetry. It was these two who influenced Thampuran and helped improve his interest in Malayalam also. There were other known literary figures who closely associated with him.