Good news for Malayalees. Dam 999, the Hollywood movie which tells the story of Mullaperiyar dam has been short listed for the best movie for the Oscar award 2011. The Sohan Roy's movie has got different responses from all parts of India. The movie was also banned from Tamil Nadu raising the point that the movie is giving unwanted fear about Mullaperiyar dam. Dam 999 was shown in Los Angels in October for one week to include the movie in Oscar list. Earlier the script of the movie was included in Oscar library. 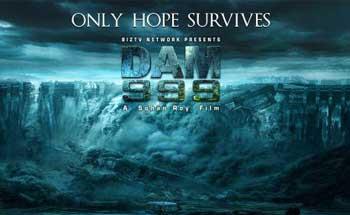 256 movies are short listed for the Oscar best movie 2011 by Academy of Motion Picture Arts and Science. Also three songs of Dam 999 are short listed for the best Oscar original song 2011. There are 39 songs in this category. Other than Dam 999 three songs from Rayo, The Muppet is included in Oscar best original songs 2011. The songs which got selection for Oscar list from Dam 999 are 'Dakkanaga Dugu Dug', 'Dam999 Theme Song' and 'Mujhe Chhod Ke'. All the songs are written by director Sohan Roy. Malayalam music director Ouseppachan has done the music for these songs. Ouseppachan is a national award winning music director. Also the song Mujhe Chod Ke comes from the voice of great singer Hariharan. Other songs are from Suchith, Suvith and Sakthisree.

Sohan Roy, the director of Dam 999 is a Malayalee who is a naval architect. Dam 999 contains nine soundtracks in which five are from English and two are in Hindi and Malayalam each. The movie was released in 3D which gives the message of the danger of the collapse of Mullaperiyar dam. The film shows the effect of the collapse of Dam in China. The movie was also dubbed in Tamil, Hindi and Malayalam. Famous actors like Rajit Kapur, Vimala Raman, Vinai Rai and Ashish Vidhyarthi makes the movie beautiful.

The screening of the songs will be done on 5th January and the voting will be done by members of the Music Branch in Los Angeles. Following the screening, nominees will be decided based on average point system. According to Academy rule, a maximum of 2 songs from a movie can be selected for the award and the song must feature original words and music which are written purely for the film. If more than two songs in a particular movie got more than 8.25 points then the songs which get more points are selected for nominee.

The director Sohan Roy is very happy with his Dam 999 achievement and he said that the movie is his dream project and getting the deserved recognition.

National film award were announced today at Mumbai by the jury chair person, Malayalam actor Shri Salim Kumar bagged the award for Best actor for the year 2011 for his performance in the Malayalam Movie Adaminte Makan Abu'Directed by Salem rahman. Salim Kumar shared the award with Tamil actor Danush for his performance Adukalam . Adaminte Makan Abu' also won the award for the best feature film for the year.