National film award were announced today at Mumbai by the jury chair person, Malayalam actor Shri Salim Kumar bagged the award for Best actor for the 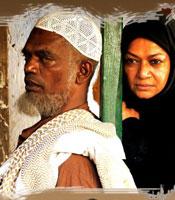 year 2011 for his performance in the Malayalam Movie Adaminte Makan Abu'Directed by Salem rahman. Salim Kumar shared the award with