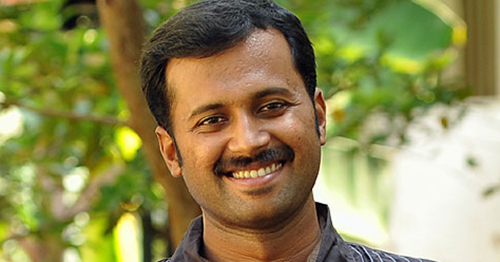 Anoop Jacob aged 34 is a law graduate who is currently the president of the Kerala youth front which represents the youth wing of the Kerala Congress (Jacob) party. He did schooling at Christ Nagar School after which he went for graduation in law. He did graduation from Government Law College and Mar Ivanios college Thiruvananthapuram. After the successful completion of law graduation, he decided to join in Kerala youth Front (Jacob) party. The eligibility of Kerala congress for a ministerial birth is reemphasized by the candidature of Anoop Jacob.

He is likely to face a tough battle at Piravom, where his father had scraped through with a slender majority of 157 votes. Johny Nellore, Kerala congress(Jacob) chairman, said that the candidature of Anoop Jacob is according to the last wish of his late father T M Jacob. Anoop Jacob who has a conservative view about the present political scenario is a man with impeccable ability to lead his side.

Mr.Anoop Jacob, son of late civil supplies minister T M Jacob will represent Kerala Congress (Jacob) for the Piravom assembly seat in the upcoming by election which will held soon. Even though some of the party leaders had suggested Johny Nellore as the possible candidate for the Piravom by poll, he made it clear that he was not interested in contesting.

Johny Nellore suggested that Anoop will be the right choice as the UDF nominee at Piravom by poll which is necessitated by the death if T M Jacob. Though there are rumours that Daisy Jacob, wife of deceased leader, is considered as the right choice to contest the Piravom by poll and few leaders are supporting her, she explicitly said no to the statement. So Anoop was unanimously selected as the candidate of UDF.

The party leadership has also claimed for the minister ship without waiting for the poll results. Many pointed out that with Anoop contesting as a minister and with the sympathy wave , it would clearly make differences in the outcome. This will be the first by poll after the UDF government came into power.

After the death of T M Jacob the number of UDF legislatures came down to 71. Hence this by election is crucial for the ruling front. On the other hand LDF will utilize this opportunity maximum to give a blow to the UDF government.