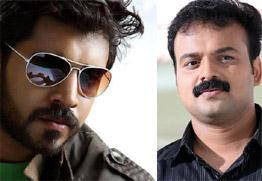 Malayalam movie field is undergoing a changing face. The flame of such change is ignited by the youth icon director Rajesh Pillai. He has started a different style of presentation of movie which helped to capture viewers back on theatres. From his movie Traffic, we have seen a dramatic change in movie industry, by getting a huge response for new generation movies. The critical acclimation gained by new generation movies has ground for emerging directors. 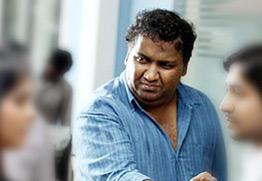 Rajesh Pillai is coming back to silver screen through his latest flick MotorCycle Diaries. Rajesh Pillai has already announced two movies, one is Lucifer with Mohanlal as hero, and other one is based on the life of Athletes. However, Rajesh Pillai is now busy with Tamil remake of his hit movie Traffic.

The latest flick Motorcycle Diaries is featuring chocolate hero Kunchako Boban and Nivin Pauly. Both of them got grant success in recent movies. Nivin Pauly has gained a good fan circle within short span of time. His latest flick Thatathin Marayath has been running successfully in theaters of Kerala. Both Nivin Pauly and Kunchako Boban had appeared together in movie Sevens which got good response from the viewers.

Upcoming movie Motorcycle Diaries have been produced by Sugeeth and Satheesh under the banner ordinary film. Their earlier flick was Ordinary which gained a box office hit in theaters. Story of the forthcoming movie motorcycle diaries is penned by Deepu Mathew. The director Rajesh Pillai himself has penned the dialogue and script of the movie Motor cycle diaries. Popular cinematographer Jomon T John will be moving the camera for this movie. He has become popular through the shots in movies like Chappa Kurish, Beautiful and Thattathin Marayath.

Shooting of the movie is expected to start on first week of November. The movie will hit theaters in 2013.