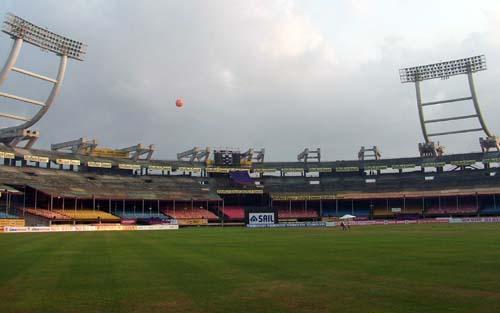 The 2nd ODI cricket match between India and England to be played at Kochi will be a visual treat for the millions of cricket fans around the globe. All arrangements have been completed with three pitches had been prepared for the match. The pitches are prepared using Hyderabad clay, red soil clay and the third pitch using clay collected from Vaikom. Jawaharlal Nehru International stadium Kochi is the only cricket stadium in Kerala which is perfect to host international matches.

In the last 14 years, the upcoming match between India and England would be the eighth international ODI to be played in the stadium. The sales of the tickets had begun on 3rd January. Having a seating capacity of 55,000, the stadium is expected to have a full packed house. As it the tourist season is now on the peak, the organizers are expecting a huge number of British tourists who would come to witness the match live. This day-night match will start at 12 noon.

Jawaharlal Nehru also known as Kaloor International Stadium is owned & managed by the Greater Cochin Development Authority (GCDA). Built in 1996, this stadium has already hosted many one-day matches including the match between India & Australia held in 1998. The match was a tremendous treat for eyes with India winning the match with the magical bowling display of Sachin Tendulkar taking 5 wickets for 32 runs.

The match on 15th January 2013 at the stadium will be the first Day/Night (D/N) ODI matches to be played in Kochi under the flood lights. The ground is being developed and maintained with care ensuring a perfect match with no pitch issues. The sales of the tickets have already started and will until the tickets lasts.

The India vs England Kochi ODI cricket match will be telecast on various sports channels and also it would be show live streaming online on the official website of BCCI - http://www.bcci.tv. Those cricket fans who wish to watch the match live do visit the above website or tune into your favourite sports channels and enjoy live cricket.