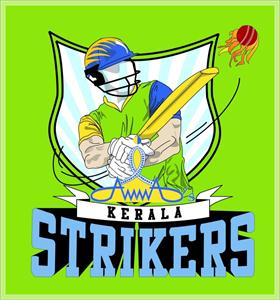 The general population of Kerala is really awestruck towards two things. One is movies and the other one is cricket. While the exit of 'Kerala Tuskers', the home team from the 2012 edition of IPL did fret them, here comes the 'Kerala Strikers' the Celebrity Cricket Team for this season of CCL. The 2011 edition of CCL had seen 4 teams competing the for cup, the 2012 season would see the entry of 2 more teams adding up 6 in total. The six teams for 2012 season Celebrity cricket league are Mumbai Heroes, Telugu Warriors, Chennai Rhinos, Karnataka Bulldozers, Amma Kerala Strikers and Bengal Tigers.

The Kerala Strikers as a whole team is all set to take on Mumbai Heroes for their debut match scheduled to be held at Kochi Jawaharlal Nehru Stadium on 22nd January 2012. The Kerala Strikers consists of a team of 'young blood' representing Malayalam movie Industry lead by Super Star Mohanlal. Comparing with other teams for the CCL 2012, the Kerala team has an extra edge being a well managed group of youngsters going on to the field with the prayers and support of 4 crore hearts. Kerala Strikers has under gone few warm up matches and have displayed tremendous performance against the opponents. Captain Mohanlal feels too comfortable in the field with both bat and ball. Here are the team members of Amma's Kerala Strikers. 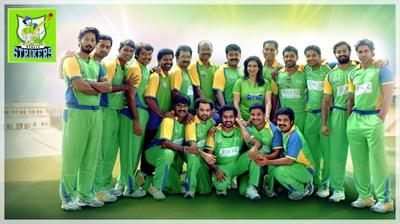 Cricket had been in the nerves of the young stars even and after the entry in to movies. So, all stars are well acquainted with the game of cricket. Few months before during the selection trial, the selectors did find hard to get the best out the star players as almost all of them were much talented. Finally the team is up and is well prepared for the debut match against Mumbai Heroes. The team has already launched the theme song and website announcing their entry in to the CCL.

Let us wish good luck for the team to bring home the cup and make up proud.