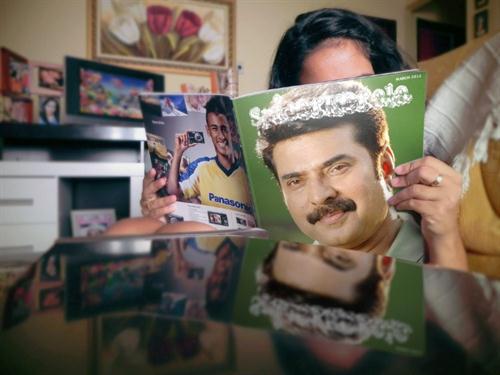 Megastar Mammootty will be having busy schedules shuttling from location to location in 2013 with a long line of movies to be followed. He started the year with 'Kammath and Kammath' which had brought rave response from the audience. In 2012 Mammootty initiated to act in projects helmed by debutant directors which will have the same pace in the current year too.

Known for his majestic approach with 100% dedication, Mammootty has given life a number of powerful characters which still find place in the heart of movie lovers. His unique way of handling humorous roles made him the top favourite in malayalam movie industry.

Mammootty had succeeded in bringing comic roles alive in movies like Thommanum Makkalum, Pothen Vava, Annan Thampi and Chattambi Nadu which was greeted audience with much enthusiasm. Benny. P. Nayarambalam who has helmed the screenplay for the above mentioned four movies is known for his extra ordinary talent in creating characters suitable for Mammootty.

After short gap, the duo is joining for a comedy entertainer titled 'Daivathinte swantham Cletus'. Directed by debutant G Marthandan, Mammootty will don the title character 'Cletus'. The shooting of the movie is expected to get started during the mid 2013.

Mammootty is currently busy with shooting for Lal Jose's 'Emmanuel' which is scheduled to release on 5th April. The other biggies on the line for the mega star would be Kunjananthante Kada directed by national award winner Salim Ahamed.

Renjith's next project based on the short story 'Leela' written by R.Unni will feature Mammootty as Kuttiyappan. Rima Kallingal would do the title character 'Leela'. 'The Gangster' and 'Arivaal Chuttika Nakshatram' to be followed starts shooting after October.

After the official announcement of "Daivathinte swantham Cletus", it had high expectations from among the fans who are eagerly waiting for more updates. The year 2013 had so far proved to be lucky for the megastar with two movies performing well at the box office.

After the official announcement of “Daivathinte swantham Cletus", it had high expectations from among the fans who are eagerly waiting for more updates. The year 2013 had so far proved to be lucky for the megastar with two movies performing well at the box office. Much interestingly Faizal Latheef, the producer of the movie is an avid fan of the Megastar and plays a active role in Mammootty's Fans Association. Marthandan, who had worked as associate of Shaji Kailas and Joshiy will begin a new chapter as independent director.