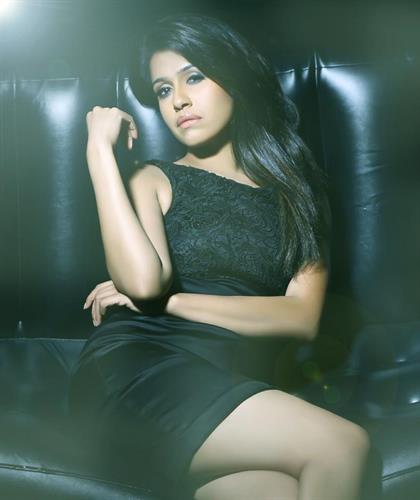 While keeping an eye on the release of Saint Dracula scheduled on 29th March and the final schedule of 'Kamasutra 3D', Rupesh Paul is on the move to direct 'What The F (WTF), an anthology of three story stories. Along with a long line of popular actors, the movie will have three unique characters, a jeep, a bike and an old scooter. The title of the movie has already become the talk of the town after Aneesh Anwar's upcoming film Fcuk & Forget (F & F) created a huge buzz.

After donning a prominent role in 'Entry', 'anchor turned actress Ranjani Haridas is ready to sizzle with 'What The F (WTF)' which makes her to shake her body for an item number which is expected to stand different from normal songs. The screenplay would be safe in the hands of Rupesh.

Already the buzz is that it would be the 'best ever item dance' ever shot in malayalam cinema. This road movie will have a unique connection with an accident while one speaks the story of kidnapping while the other one of a revenge and next about the story of two distracted friends after the entry of a girl. Ranjini will don the role of the girl who gets close with the two friends. Yuvvh Music band would make their debut in malayalam with What The F.

For more excitement, the entire movie would be shot using a Helicam, first of its kind in malayalam. It is known that the two cameras RED and GO pro 2 will be used in the movie. Manoj K Jayan, Tini Tom, Kalabhavan Mani, Sai Kumar, Nandhu, Aashish Vidyarthi, Kani Kusruthi (theater artist ) and Kannada actor Manoj Soorya Narayanan are the other cast.

Kani is a well known theatre artist who had acted in plays like 'Siddartha,' 'Kamala,' 'Bhagavadajjukam,' 'Khasakente Itihaasam' and 'Pachcha.' Getting involved with the Abhinaya Theatre Research Centre, Kani has shown her acting brilliance through many stage shows performed in India and abroad. She was seen in Vipin Vijay's national award-winning short film Poomaram, malayalam films like Janaki, Annyar, Abhinetri and also in Kerala Café pairing opposite to Prithviraj.