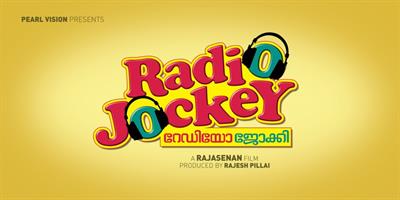 While waiting for the release of upcoming movie '72 Model', director Rajasenan has already started the work of his new project titled 'Radio Jockey'. The movie is centered upon the life of a female RJ who goes through up and downs in her life. As focusing on a women-centric theme, 'Radio Jockey' pools into the tribulations faced by an RJ. The life of an RJ is totally different from that of others. During their pleasure moments they might have to report sad news and while under a depressing stage, they will have to put on a happy face.

Rajasenana who has written the story, script and screenplay has even done a cameo role in the movie. For the lyrics of Santhosh Varma, M Jayachandran has scored the music. Radio Jockey will be produced by Rajesh Pillai under Peral Vision banner. As his previous movies, Rajasenan would be casting a fresh face as heroine and will be doing the lead role. The movie will start soon with shooting locations set at Harippad and Kayamkulam.

Rajasenan's upcoming release '1972 Model' is expected to hit theatres on 19th April 2013. The movie tells the tale of Vasutty and his son Sajan who are Taxi drivers. Vasutty has a passion over a 72 model Ambassador while Sajan drives an Innova. Sajan, Deepak, and Parvathy are close friends; Deepak who owns a drama academy and Parvathy engaged in interior designing.

One day Sajan happened to drive the car of Vasutty which brought turns the fortune of Sajan and his friends. The entry of Janaki takes to the story to the next phase. It took less time for them to realize that, the fortune had turned to be misfortune leaving them in trouble.

Madhu, Govind Padmasurya, Sreejith Vijay, Sonia Das and Nasrin, Bharat Chand and Kalabhavan Shajon are playing important roles. Produced by by J Sarathchandran Nair under the banner of Chand Creations, the movie will have beautiful compositions from the joint effort by Santhosh Varma and M Jayachandran.