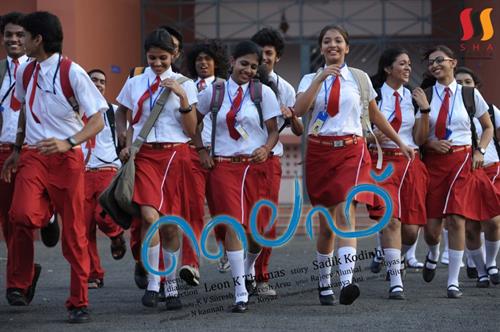 With a number of young film makers entering the domain of malayalam film industry with their own creations, there had been an increase in the interest of youngsters to show their talent on silver screen. As the doors are opened for gifted personalities, many are gearing up to step into the field keeping a passion for movies in heart.

'Life' is an upcoming malayalam movie which is the directorial debut of Leon K Thomas. The movie features Niyas, Meenakshi, Deepthi Nair and Master Aryan in lead. After playing significant roles in Pranayam and Ore Kadal, Niyas will don the lead character in 'Life'. Produced by Saddique Kodinji under the banner of Shah Media Entertainment, it will have a fresh theme clubbed with all elements of a commercial movie.

Life tells the tale of a happily married businessman with a son. Sudhi (Niyaz) and Meenakshi (Sarangi) is a happy couple who lives a life understanding and loving each other. Sudhi is a businessman while Meenakshi is a software engineer. Pappoos (Master Aryan), their son studies in the primary class.

With unexpected events happened, Meenakshi had to bring Liya (Deepthi Nair) to their home. Liya, a plus one student at Appoos school is a loving girl who comes from an ordinary family. Meenakshi treated Liya as her own daughter.

Soon Liya and Sudhi became much attached which later disrupted the family life of Sudhi. The incidents to be followed are beautifully narrated by Leon K Thomas in 'Life'. Sadhik Kodinhi has penned the story while K V Suresh has handled the camera. For the lyrics of Rajeev Alunkal, Riyas has moved his magical fingers for a couple of melodious songs. With the shooting currently progressing in full swing, this youthful movie will reach theatres in a couple of months.