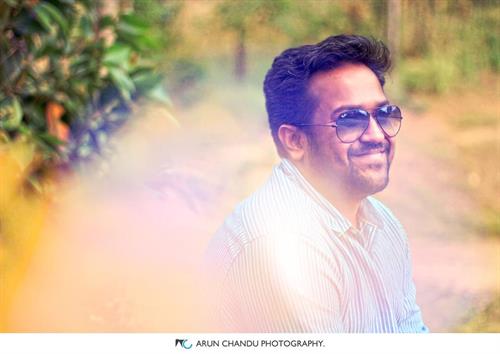 Experimentation is not a new term used in the Indian film industry. As most of the leading film makers do try to add an element of suspense which can turn the overall fate of the movie. As the interest of the movie lovers do change periodically, it is necessary for the film makers to concentrate on adding innovative concepts to keep the audience intact. Down in south, there are a long line of talented directors who had made fame by their extra ordinary style of telling a tale.

Roopesh Peethambaran who made his directorial debut with 'Theevram', featuring Dulquer Salmaan in lead is gearing up to create history doing experimentation in his next movie. 'Theevram' too was an experimental venture which got noticed for telling the story in reverse format. His next movie is based on 7 characters having their own climaxes in the screenplay.

Confirming the news said "My next is based on 7 characters and they will have their own climaxes in the screenplay! In short, 2nd half of the movie deals with back to back climaxes with a tail end". In short an incident that happens in the life of the 7 people would bring them together.

Even though there had been a couple of tries, this innovative thought, it is something unheard in the Indian film industry. The 1998 movie directed by Fazil and starring Mammootty, Mohanlal, and Juhi Chawla in the lead roles was the first in malayalam to have more than one climax.

For another instance, the 1972 tamil film Vasantha Maligai directed by K.S. Prakash Rao starring Sivaji Ganesan did had two climaxes. The one screened in Kerala shown Sivaji dead while the one screened in Tamil Nadu exposed him as a survivor.

The 1998 German film 'Run Lola Run' written and directed by Tom Tykwer had four different perspectives, conveying the story in a series of still frames. The movie which produced rave reviews was nominated for 41 awards in which it received 26 awards including the BAFTA Award for Best Film not in the English Language, the Grand Prix of the Belgian Syndicate of Cinema Critics and the Audience Award at the Sundance Film Festival.

Can Roopesh's upcoming venture be a trendsetter and grab international attention? Roopesh who had proved his mettle as a director can turn hope to reality. So, wait and watch for the young director and his upcoming venture.