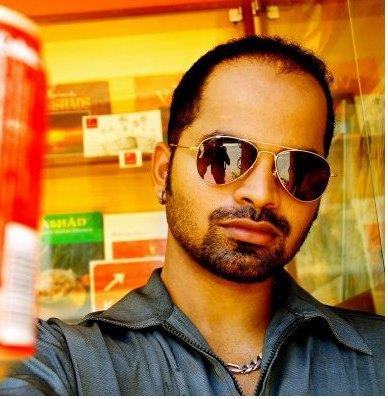 Vinay Forrt who has made his own space in the malayalam film industry with his unique acting style is on cloud nine after donning a wide range of characters. Debuting with Shyamaprasad's Ritu, the actor got featured in a number of movies with few among them doing good business in the box office. His burning desire to do experimental movies has landed him a couple of projects other than malayalam.

Even though he had done 11 movies in his acting career, it was 'Shutter', the award winning movie which was the real turning point in the life of Vinay who was flooded with a handful of opportunities. After Jinu Daniel's Rasputin, the young actor will work along with debutant Kiran Chand's 'iPhone' and with Biju Bernard for the movie 'Panama' entirely to be shot in Lakshadeep.

Jinu Daniel's Rasputin will be his next release while Vinay will also be a part of Kiran Chand's 'iPhone'. He portraits as the father of an eight-year-old child, who is being brought up in a family which focus on values and relationships. The movie will also have Jishnu and Nedumudi Venu donning important roles.

As most of the young directors are much aware about the mettle of the actor, they are happy to cast him in prominent roles. Debutant Kiran Chand who is making his directorial debut with 'iPhone' didn't have to think twice to intake him to do the lead character. The movie revolves around the two lives of two eight-year-olds who were grown up in entirely different circumstances. One is the typical rich man's son who is brought up in a atmosphere surrounded by purely money-oriented ambitions. The other child is brought up in a family which focuses on values and relationships.

The film deals with effects of today's culture on children. Jishnu plays the role of the rich man while Vinay Forrt is the father of the child born in the middle class family. The two children are having close relationship. As the title suggests, a phone plays an important part in the movie being a constant companion of one of the children who leads an isolated life. Kiran who had earlier worked with several directors as associate was a part of 'Three Dots' with Sugeeth. Vetran actor Nedumudi Venu will also don a prominent role in the film. The shooting of 'Iphone' is currently under pre production.